January 11, 2018
Recommendations contained in a newly released report from the Interagency Task Force on Agriculture and Rural Prosperity will guide Administration policy in the year ahead, according to the White House, and one of the pillars of that report call for “Harnessing Technological Innovation.”

The report was presented this week to President Donald Trump by Secretary of Agriculture Sonny Perdue during the American Farm Bureau Federation’s Annual Convention in Nashville, where the President spoke about “putting an end to the regulatory assault” on farmers and their way of life. 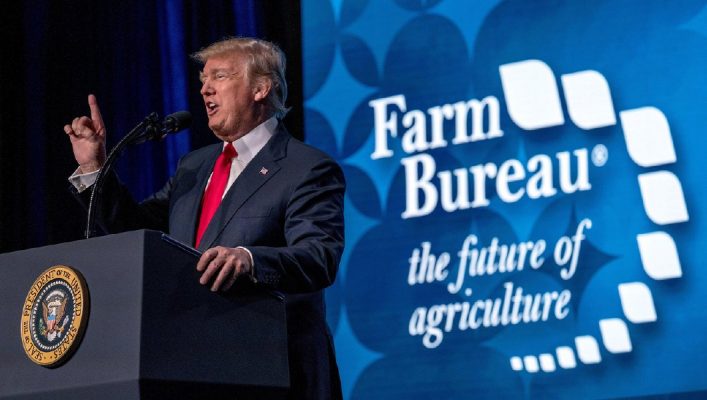 “We are streamlining regulations that have blocked cutting edge biotechnology, setting free our farmers to innovate, thrive and to grow,” the President said.

A CNN report highlights the report’s recommendation to improve the quality, nutritional value, and safety of American crops as well as addressing trade concerns:


An improved strategy for research and development of new agricultural technologies will be key, as will be a unified U.S. approach toward convincing our trading partners of the value of safe biotech products.

BIO applauded the support for biotechnology and innovation contained in the report as for the President’s remarks to Farm Bureau convention attendees.

“As the report states, scientific advancements in biotechnology have produced a thriving and successful industrial sector aimed at addressing our world’s most pressing challenges,” added Greenwood. “Further innovations in genome editing technology will unlock even more promises in agriculture production, animal health and welfare, biofuels and renewable chemical development, and biobased manufacturing.”

Greenwood also welcomed recommendations contained in the report, such as the need for policies that promotes economic growth, innovation, competitiveness and job creation.

“As recommended in the report, BIO supports a more harmonized Coordinated Framework for the regulation of biotechnology, a tax code that encourages investment in the biotech sector, and government-backed communications to further public awareness of biotech products,” Greenwood said. “We also need to integrate a recognition for the importance of science and technology into the appropriate Farm Bill titles.”

As Secretary of Agriculture, Sonny Perdue serves as the chairman of the Task Force, which includes 22 federal agencies as well as local leaders.
More on This Topic