January 22, 2009
A new study published online in the European Journal of Agronomy shows that when farmers employ no-till farming, meaning they do not disrupt the soil structure with cultivation equipment, and when they allow old plant matter to remain in the field after harvest, soil quality and crop yields are significantly improved.

Practices such as no-till farming are a direct result of what is perhaps the best-known agricultural catastrophe for most Americans, the Dust Bowl of the 1930’s. According to Howstuffworks,

“It took millions of tons of dirt and debris blowing from the Plains all the way into Washington D.C., known as "Black Sunday," to move Congress to pass the Soil Conservation Act and establish the Soil Conservation Service (SCS) under the Department of Agriculture.
The SCS (now the Natural Resources Conservation Service) promoted healthy soil management and farming practices, and paid farmers to put such practices to work on their farms. The legacy of the Service's practices such as irrigation, crop diversity and no-till farming continue in the Plains today.”

To determine the the soil quality, the researchers studied the physical characteristics of soils under various types of cultivation: zero till versus conventional tillage, monoculture versus crop rotation, and crop residue retention versus crop residue removal. The scientists then measured soil density, moisture content, and resistance to penetration. The scientists showed the no-till farming, practiced for 14 years with crop residue retention, resulted in soil better quality and produced higher wheat and maize yields.

With numbers like that you would think everyone would be using no-till farming, but according to Phil Beradelli, in his piece, Dust Bowl Writ Large? on ScienceNOW, the daily online news service of Science magazine,

“Each year, the world's agricultural land loses, on average, about 1 millimeter of topsoil. That might not seem like much, but it takes 10 years for the soil to replace that loss, and any topsoil loss at all makes the land less able to support crops without expensive infusions of chemical fertilizers. To combat erosion's effects, some farmers have adopted less harmful tilling methods, but the vast majority has resisted the best practice of all: no-till farming, which replaces the plow with mechanical seed drills that barely disturb the surface of the soil (ScienceNOW, 7 August). At present, only 7% of the planet's agricultural land receives no-till farming, most of it in North America and South America.”

So what do we need to grow more no-till crops? The answer: biotech crops. In another study, published in 2002 by the Conservation Technology Information Center, the authors found that nearly all of the increased adoption of no-till practices (35%) was due to the use of herbicide-tolerant crops developed via biotechnology. Herbicide-tolerant crops allow farmers to control weeds without the use of cultivation. Cultivating crops disrupts soil, increases erosion, and increases the release of carbon dioxide, a greenhouse gas. The study also found that no-till practices, facilitated by herbicide-tolerant crops reduce fuel usage, increased earthworm populations, and improved water filtration into the soil--all good things.
So, if we want to help the environment, we need to plant more biotech crops. Biotech crops are good for the soil, good for the environment, and good for the farmer's bottom line – and that’s good for your wallet and mine. 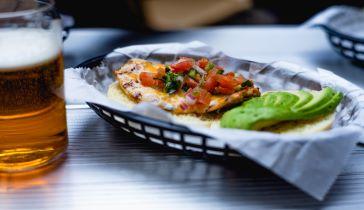