June 28, 2012
Terry Wanzek, North Dakota State Senator and farmer wrote an editorial for Truth About Trade & Technology about the continuing biotech labeling debate and efforts to inject anti-technology legislation into the Farm Bill: 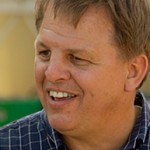 "The U.S. Senate wisely voted down a bad amendment to the Farm Bill last week, meaning that consumers won’t see their food bills skyrocket for no worthwhile reason.  So that’s good news.  Yet this is Washington, D.C., where the threat of harmful legislation remains alive and well – and we the people must remain on guard.

“As the House of Representatives begins to consider its own version of the Farm Bill, it too must oppose efforts by anti-biotech activists to encourage a patchwork of confusing regulations that would make food much more expensive without improving it even a tiny bit.

“…In the U.S. Senate, Senator Bernie Sanders of Vermont – an “independent” who calls himself a socialist – offered an amendment to the Farm Bill.  On the face of it, the Sanders amendment sounded reasonable:   It would have granted states the right to establish their own rules for labeling food that contains biotech ingredients.

“In the last year, legislators in 19 states have offered three dozen bills on this matter, according to Packaging Digest.  This November, California voters will weigh a ballot initiative to require labels on food that may contain GM ingredients.

“Yet think about where state-by-state labeling could lead:  50 states with 50 different sets of rules about what information must appear on consumer products.  Special-interest groups would have a field day.

“A dairy state might stop companies from printing the saturated-fat content on cartons of ice cream.  Georgia could require peaches from South Carolina to carry labels urging people not to buy them.  Just imagine what the busybodies in New York City might try to do.  The mayor already is on a crusade to ban soda pop.

“…The labels wouldn’t make food safer because biotech ingredients are already 100-percent safe, as the federal government and groups ranging from the United Nations Food and Agriculture Organization to the American Medical Association have determined.  The labels simply would convey information that consumers don’t need, while also making our grocery-store bills rise.

“Moreover, there’s a simple solution already in place.  People who want to avoid biotech food already can do so by purchasing organic food.  If the label says the food is organic, then it doesn’t have biotech ingredients.  For those who accept modern science and technology, and wish to continue to have access to a plentiful supply of wholesome and inexpensive food, a mandatory label is unnecessary and will only raise costs.

“In the Senate, the Sanders amendment lost by a wide margin:  26 in favor, 73 opposed. If a new version comes up in the House, let’s hope that it loses again.  It would show that even in Congress, common sense can prevail.”
More on This Topic