July 12, 2010
In my last update back in April, the broadest Biotech index (the 125 company Nasdaq Biotech Index, NBI) was up 11% for the year and ahead of just about every major sector. One quarter later things look a little different. The NBI is now down 5% and trailing 4 of the 10 S&P sectors (chart 1): 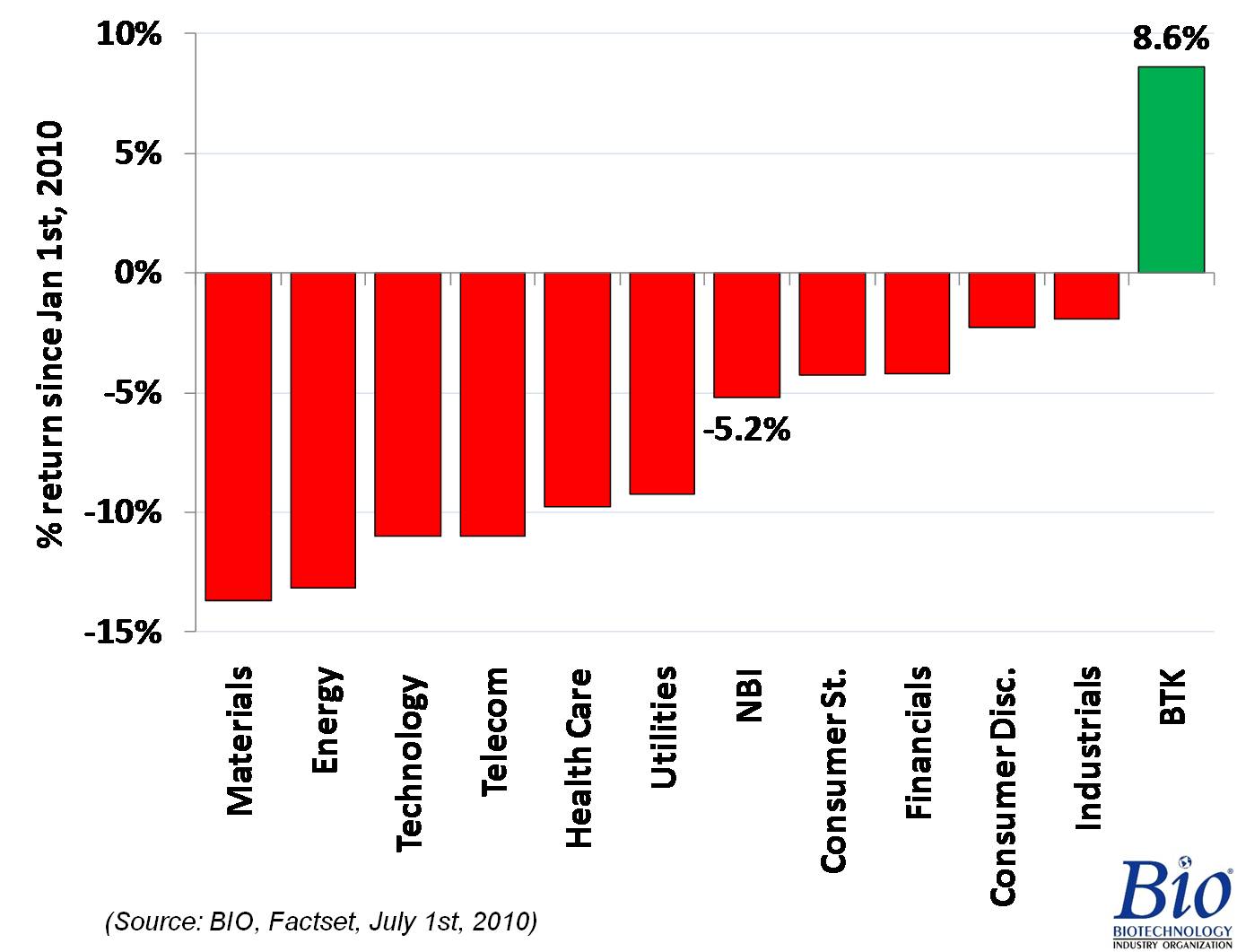 However, the spotlight continues to shine on the AMEX Biotech Index (BTK). The BTK is up 8.6% for the year after 2 of the 20 companies in this index were acquired (OSI Pharmaceuticals (OSIP) and Millipore, (MIL), see chart 2): 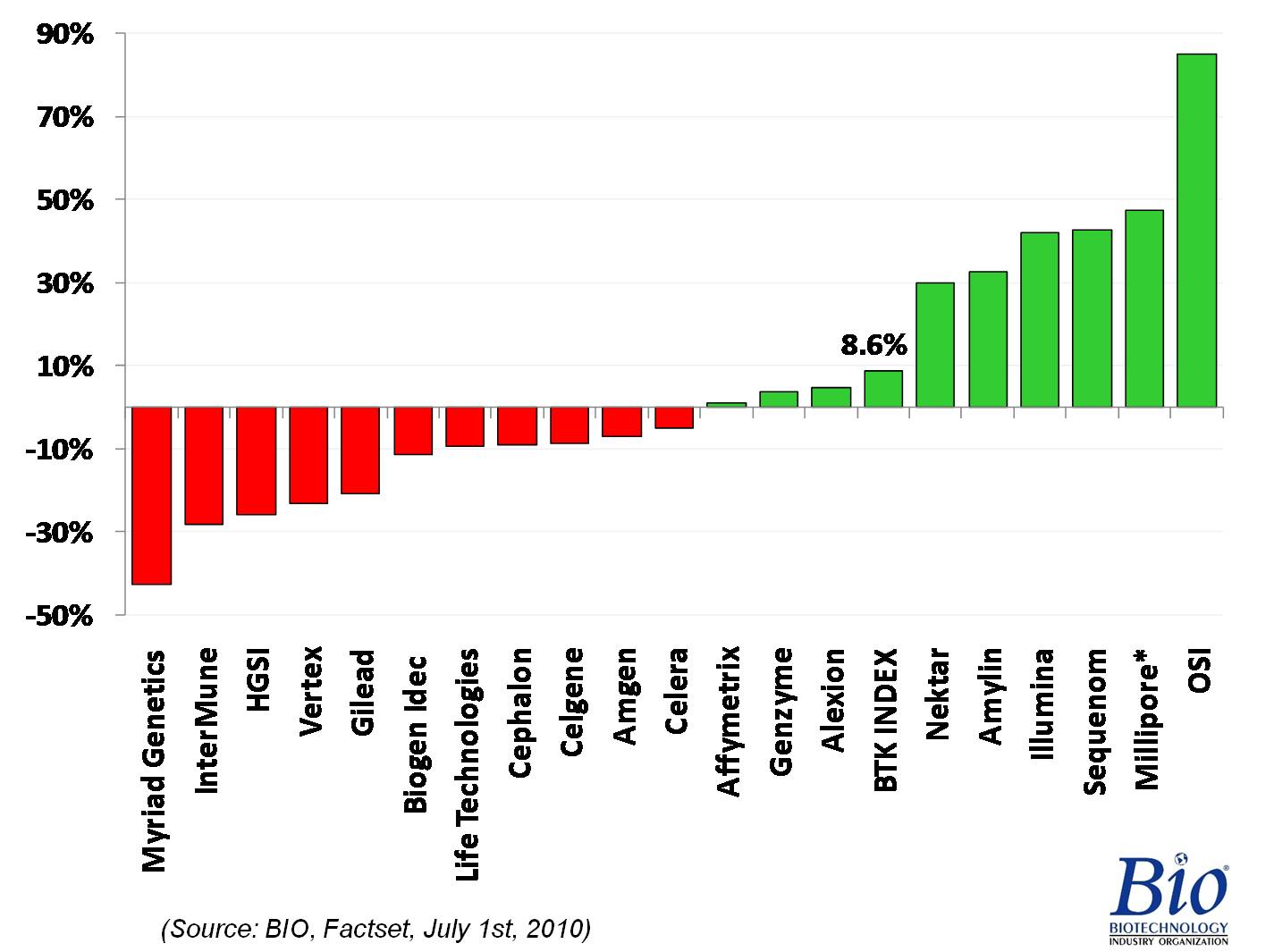 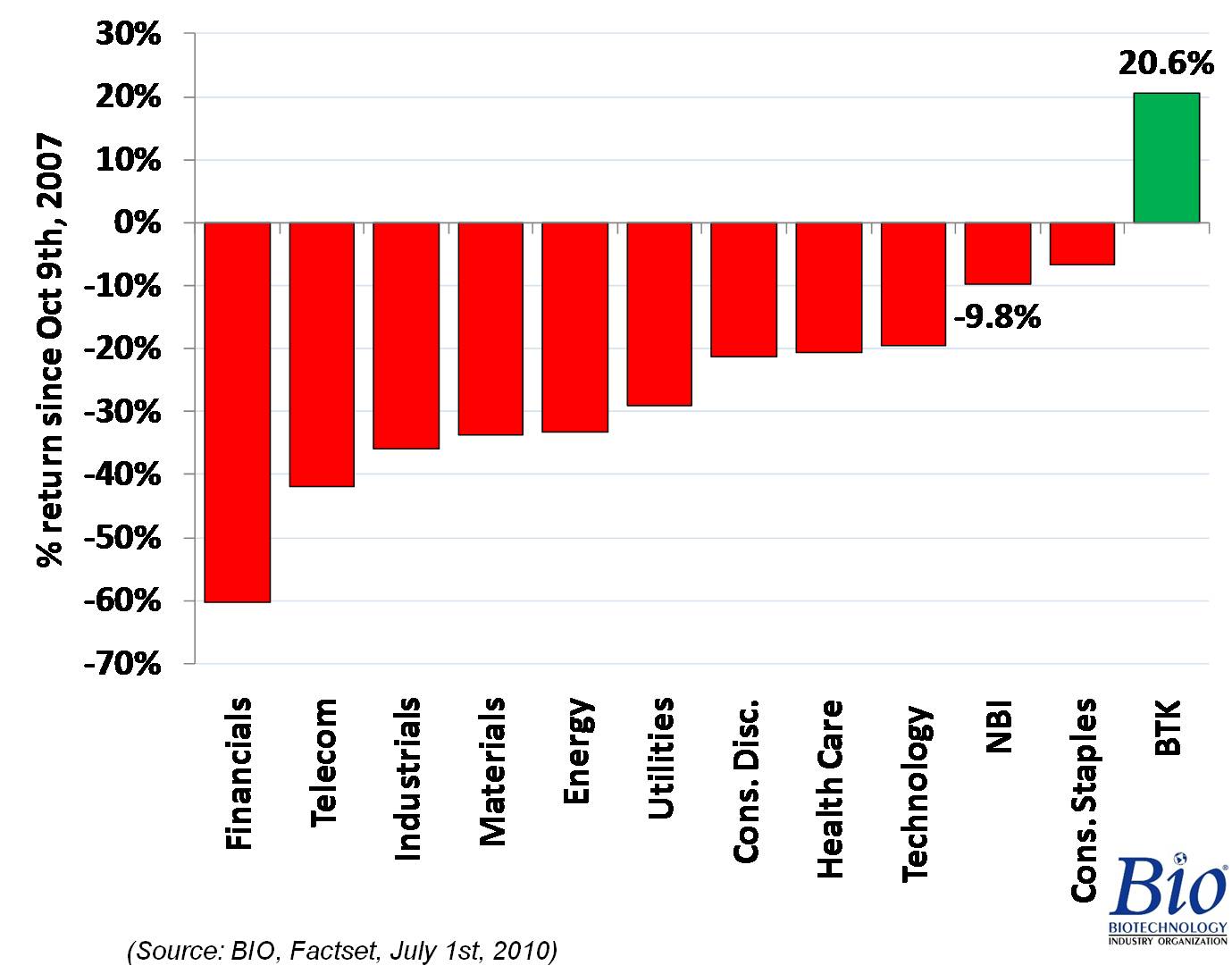