Combating Climate Change – Biotechnology Is In On It 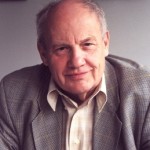 At the UNFCCC COP21 in Paris in December 2015, countries agreed that climate change is a reality endangering future living conditions of man on earth. They further pledged that, because fossil-borne CO2 from industry is a main cause of climate change, countries must reduce CO2 emissions between 50 and 80% by 2050, holding the earth’s surface temperature rise below 2°C. Yet, at present still about 80% of global energy provision is based on fossil materials, coal, oil and gas, which actually adds about 35 x 109t CO2/year to the 3000 that already makes the CO2 share in the atmosphere.

I have observed five types of action that can be undertaken to build a new, climate-considering energy provision structure:

CO2 as both product and starting material of biological processes, is an indispensable element of the natural carbon cycle. In the atmosphere, though, it develops a concentration-dependent hindrance of long-wave heat emission from earth, which at higher concentrations destabilizes the earth’s heat budget. To counter this destabilization, concentration of CO2 in the atmosphere has to be held low. Climate stabilization should be achieved if the flow of CO2 to the atmosphere is decreased and uptake of atmospheric CO2 to the bio- and lithosphere increased. Yet, this view has still its skeptics. Evidence should be furnished for them, most likely by physics.

Methods of climate stabilization should be compatible with energy security. And commercial energy delivery must remain affordable for everybody. Thus, interests are different and compromises are necessary to optimize the type of action and extent of each single method described above. Selecting only one action might undercut useful exercises or promote idling of energy production. The recent call to decarbonize industry should not be mistaken for refusing any use of fossil carbon. It is sufficient to sequester its CO2 away from the atmosphere.

Biotechnology concentrates on fossil carbon-free methods of energy production, which is its natural domain. But it remains rather unvalued and underestimated. This might be due to the rather low energy flow densities of biological processes. On the other hand, biology was equipped by evolution with unique processes, such as photosynthesis or disproportion of carbohydrate molecules, which have not been duplicated by artificial systems. Moreover, biological processes that utilize agriculture and forestry enable energy production systems that positively contribute to uptake of CO2 from the atmosphere into the bio- and lithosphere. They capture almost one-tenth of the total industrial CO2 release.

But willingness seems to be lacking to integrate climate stabilization methods into systems producing food, feed and fiber. Aquaculture remains unconsidered, although the sea surface offers a big potential to capture sun radiation as basis for human-controlled plant growth in the oceans. Renewable fuels do not compete vigorously with conventional fuels to satisfy traffic and household needs, although both are not able to capture CO2 during use of fuel.

Storage of CO2 (3) in the bio- and lithosphere might utilize biotechnology. To sequester billions of tons of gaseous CO2 per year underground, necessarily under high pressure, would stud the planet with flash points.  Nature has given us a way to sequester CO2 in biomass, reducing the weight (2/3) and without any tendency to explode.

Rationalizing energy production and applications (5) produces limited effects but can be replicated in extremely large numbers. It is maybe the most diverse method but needs the lowest prerequisites. And literally, everyone can participate.

The questions are not new for the BIO World Congress on Industrial Biotechnology. But they never were confronted with such concrete targets as provided by COP21. Now it is on biotechnology to reassert its contribution to combatting climate change effectively. We look forward to starting a conversation at this year’s World Congress.
More on This Topic