Cutting Through the Food Labeling Confusion

October 8, 2014
There was a lot of media buzz around a Consumer Reports study released yesterday that shows confusion around foods labeled “natural.” 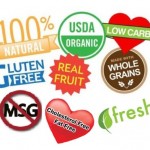 We agree that food labels can be confusing.  And that’s why we are part of a coalition of farm-to-fork organizations that support a federal legislative solution that will protect consumers by eliminating confusion around food labels while advancing food safety.

In addition to requiring federal standards for companies that want to voluntarily label their product for the absence-of or presence-of GMO food ingredients, the Safe and Accurate Food Labeling Act (H.R. 4432) also clarifies for consumers what the “natural” claim on a food label means.

Specifically, the bill requires the FDA to define the term “natural” for its use on food and beverage products so that food and beverage companies and consumers have a consistent legal framework that will guide food labels and inform consumer choice.  This is one of many reasons that the Coalition for Safe Affordable Food is supporting this legislation as a solution to the food labeling debate.

Furthermore, a confusing CBS News segment about the Consumer Reports study may have left viewers with the impression that GMO foods aren’t tested, when nothing could be further from the truth.

GMOs are among the most scrutinized of agricultural products, going through a development and regulatory process that can take 10-15 years, and nothing enters the food supply until it has been determined to be as safe as conventional foods.  Billions of people have eaten GMOs over the past two decades. Not one problem has been found.

The most credible scientific organizations in the world, including the National Academies of Sciences, United Nations Food and Agriculture Organization, and the World Health Organization, among others, have produced hundreds of studies supporting the safety of genetically modified foods.  In fact, a new study evaluates 29 years of evidence and concludes that there is no difference between GMO foods and conventional or even organic foods.

A statement made by the National Corn Growers Association further clarifies this point:

“In the United States, there are two mandated steps to GMO approval, by the U.S. Department of Agriculture and the U.S. Environmental Protection Agency, when appropriate. While review by the Food and Drug Administration is not mandatory, all GMO products available today have gone through FDA testing for safety. The industry unanimously agrees that the FDA review must be completed before commercialization and actually meets FDA requirements prior to USDA and EPA review.”

This brings us to another reason to support the Safe and Accurate Food Labeling Act (H.R. 4432), which calls for making this FDA safety review mandatory.  The bill further empowers FDA to mandate the labeling of GMO food ingredients if the agency determines there is a health, safety or nutrition issue with GMO technology.

If you agree that a common sense approach is the best way to cut through the confusion around food labels, show your support for the Safe and Accurate Food Labeling Act (H.R. 4432).  Go to http://agaction.bio.org/ or http://coalitionforsafeaffordablefood.org/action-center and send a message to Congress today!