September 22, 2014
In The Critical Role of Patents in the Development, Commercialization, and Utilization of Innovative Genetic Diagnostic Tests, Professor Holman argues that advocates for weakening patent protection have fundamental misconceptions on the role of patents in genetic testing. 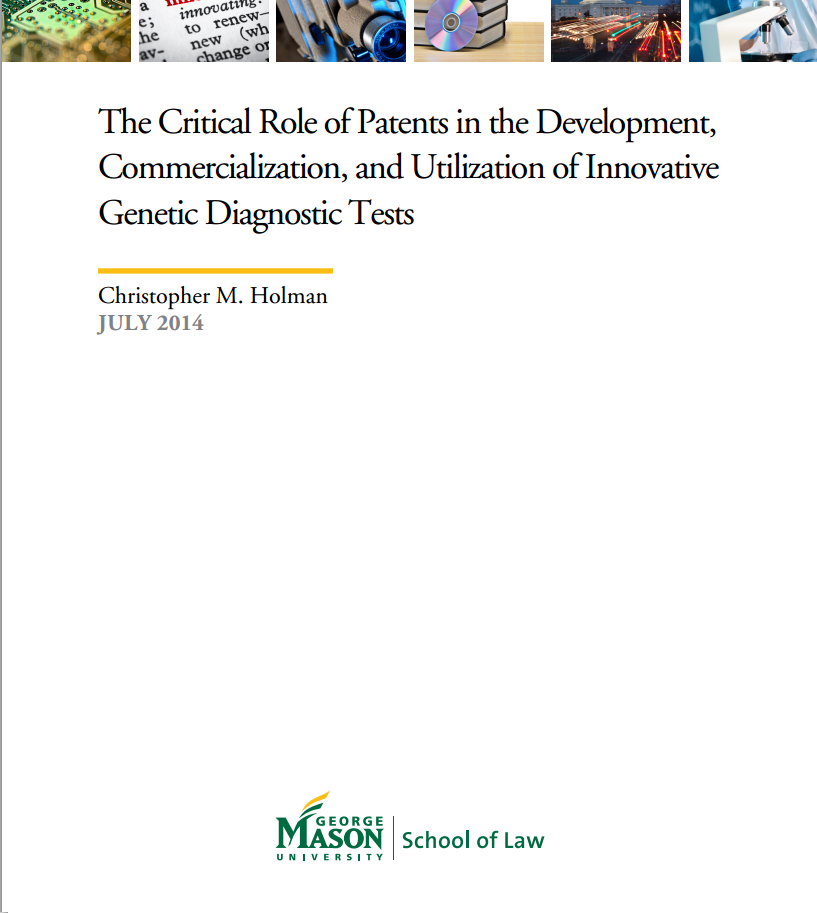 Opponents assume that patents negatively impact patient access to genetic diagnostic testing. They believe that patents inhibit research that could lead to new or improved versions of genetic tests, and that patent holders charge higher prices as exclusive test providers.

What opponents fail to appreciate is the significant and positive role patents play in the development and utilization of diagnostic tests.

Holman argues that patent protection incentivizes private investors to provide funding for new research and further encourages companies to collaborate with each other in the pursuit of more accurate lifesaving tests.

There is little evidence to support the idea that patents impede basic research; rather, they are critical components in transforming basic research into high quality, commercially available tests.


Holman cites a brief submitted to the Supreme Court in the case of Myriad Genetics vs. AMP by an organization called Lynch Syndrome International (LSI). LSI argued that patent protection is the best method to incentivize high quality tests.

“Only patent protection,” the brief reads “will assure the capital sources of sufficient investment return to make the provision of funding worthwhile.”

This organization, comprised of individuals whose lives depend on quality diagnostic tests, argued fervently that patent protection was necessary for innovation, and for the best available options for patients.

The strongest conclusion is that patents stimulate investment and improve patient access to diagnostic services.

You can read Professor Holman’s report, here.
More on This Topic