Disease Putting Bananas on Brink of Extinction. Gene Editing Could Save Them.

The world’s crops face a wide array of threats, such as climate change, drought, turbulent weather, and disease. But disease, in particular, has the potential to wipe out a crop’s existence entirely.

Sometimes it’s a new disease, and other times, a plant that was once resistant to a specific disease is no longer capable of defending itself. Today, the banana is a victim of the latter and facing extinction if nothing is done.

The culprit: Panama disease. It’s a fungus – known as fusarium wilt – that infects the root system of banana plants and, eventually, kills the plant. There is no cure for the disease, and when one plant is infected, an entire plantation can easily be brought down.

Around the 1950s, Panama disease wiped out plantations of Gros Michel bananas across Latin America. Journalist Stuart Thompson recently highlighted how devastating the disease was to Latin American countries:

Because bananas of the same type are virtually genetically identical, if one plant becomes infected, all of the other trees in a plantation are also susceptible. This meant it was only too easy for Panama disease to sweep through huge expanses of vulnerable host plants. In many areas, all of the trees were killed.

Without a cure or treatment, there was no way back for a plantation once the disease had taken hold. For a while, the banana companies carved new plantations from untouched rainforests. But this act of environmental vandalism only postponed the inevitable. Soon these areas, too, became contaminated and cultivation became unsustainable. Estimates vary, but losses due to the Panama disease epidemic may have reached $2.3 billion, equivalent to about $18.2 billion today.

After the spread of Panama Disease in the ‘50s, it was realized that another variety of the banana – the Cavendish – was resistant to the disease. Cavendish bananas were soon filling plantations, and it is now the banana we most commonly purchase.

The Panama disease epidemic was stopped for some time, but now there is a new strain of the disease, and the Cavendish is no longer resistant. The strain – Tropical Race 4 –  is spreading across Asia, Australia, the Middle East, and Africa. It is threatening thousands of hectares of Cavendish plantations as well as businesses and livelihoods. To get an idea of how influential the banana is on economies and daily lives, just look at the numbers:

Fortunately, scientists and researchers are racing to find a solution to save the banana, and biology-driven innovations like gene editing may be the answer. Today, scientists are working to turn on the gene that would enable the Cavendish banana to be resistant against the new strain of Panama disease. More from journalist Stuart Thompson:

However, genetic modification offers other ways to move properties between plants (and other organisms). In principle this could offer a solution and there are already some promising results. Researchers in Australia have found that adding two different genes to the genetic code of Cavendish bananas protects the plants from TR4. The first was taken from a wild banana resistant to TR4 and is one of a large family of genes that recognize invading diseases so that the plants can protect themselves.

The Cavendish banana is a job creator and vital crop for household food security in low-income, food-deficit countries. From the Food and Agriculture Organization of the United Nations:

Revenue generated from trade in bananas plays an important role with regards to the food import bill of producing countries. For example, export revenue from bananas covered 40 percent of Costa Rica’s food import bill and 27 percent of Guatemala’s in 2014.

Bananas have a particular significance in some of the least developed and low income food‑deficit countries, where they contribute not only to household food security as a staple but also to income generation as a cash crop. Research conducted in ten banana producing countries revealed that income from banana farming accounts for some 75 percent of total monthly household income for smallholder farmers.

It's not just a breakfast staple that is on the line. Click here to learn more about the race to save bananas. 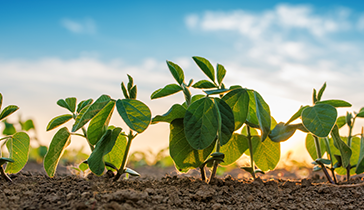 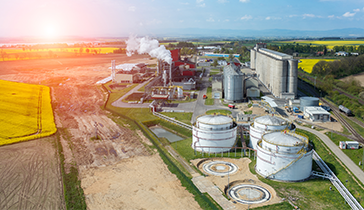