January 31, 2011
The New York Times published a misleading article and companion blog post on corporate tax rates last Thursday, leaving us scratching our heads over the claim that the biotech sector pays a paltry "effective" corporate tax rate of 4.46%, the lowest rate amongst the 20 industries surveyed.  After careful reading of the article and examination of supporting documents, we found that the authors vastly underestimated the industry's effective tax rate.

First, the authors incorrectly average companies that do not pay taxes because they are not yet profitable.  Most biotechnology companies can only dream of paying taxes.  The vast majority of public biotech companies in the U.S. (87%) do not yet pay taxes because they lose money as they pursue breakthrough therapies and cures.  If you include these unprofitable companies in a survey of the industry’s tax rates, you would incorrectly bring the average tax rate down significantly.

To verify we were using a similar method, we used our FactSet Fiscal Year SEC 10k data to calculate "effective" tax rates.  To make sure our calculation method (tax expense divided by pre-tax income) was comparable to that reported in the New York Times, we recalculated the tax rates for Target, Hewlett-Packard, Home Depot, etc. as found in this related New York Times blog post: 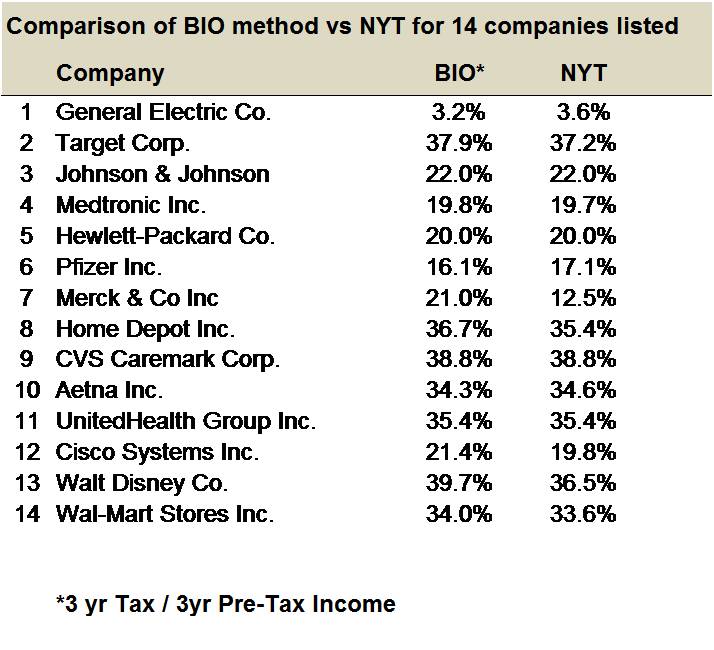