December 12, 2013
A lot can happen in six years. The number of active biotech companies currently trading on US exchanges is now only 300. At the start of 2008, there were almost 400 active companies. 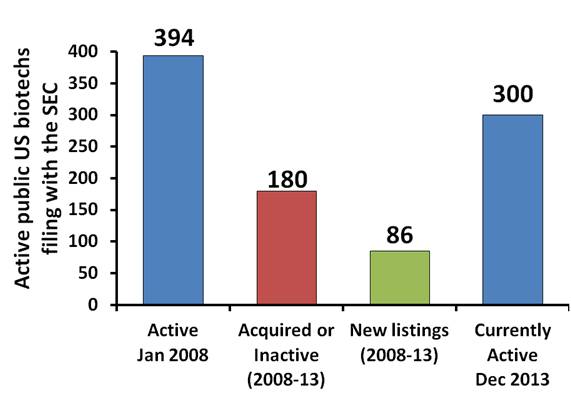 The net decrease in the number of active companies since 2008 is 24%. Had it not been for all the IPO activity we have seen this year, the decrease would have been substantially more.

In fact, only 55% of the original companies from 2008 are active today. Since 2008, 180 companies have either been acquired, filed bankruptcy, ceased all operations, or stopped reporting to the SEC. We have seen 86 new listings begin trading on US exchanges, bringing the final count to 300 today. 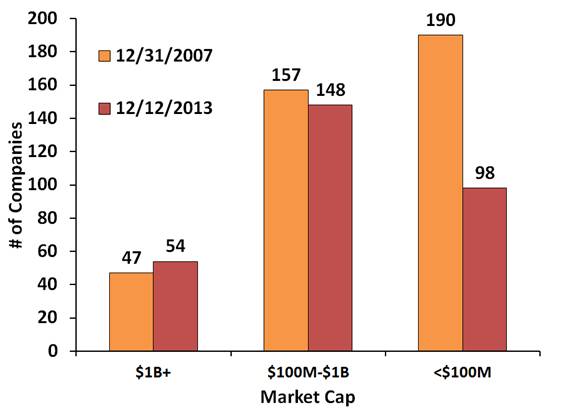