On Food Day, Basic Human Needs Should be Top Priority

Here in the United States, Food Day (October 24, 2011) can be a day to recognize the achievements of American agriculture. We can – and should – celebrate our nation’s farmers, who consistently provide a safe, reliable and affordable food supply. Even during a current weak economy, agriculture is one sector that is thriving. In America, agriculture is a tremendous success story. 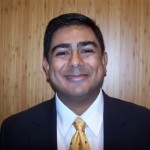 Sadly, this is not the case in other countries around the world. In a recent speech at Iowa State University, Secretary of Agriculture Tom Vilsack agreed that America’s farmers are the most productive in the world.

“There are 925 million people in the world, on the globe, today that are undernourished. When you consider the challenge we face over the next 30 to 40 years, with the world population increasing and the need for food having to increase by 70 percent in order to feed that ever-increasing world population, you can see that we are facing a serious long-term challenge,” Vilsack said.

In approaching the problem, the USDA has three guiding principles: the first has to do with embracing innovation; the second principle is that increased productivity should not negatively affect the sustainability of natural resources. Vilsack said it is important to the USDA to focus on strategies that allow the world's farmers to do more with less.

When it comes to agricultural innovation and allowing the world's farmers to do more with less, biotechnology is key. The success of the Green Revolution in the mid-twentieth century was brought about by using elements of biotechnology to promote research, development and technology transfer initiatives in developing countries.

I remember growing up in India and going to the market as a child. I saw first-hand the fear and chaos that comes from food insecurity. India – at that time – had the world's largest food deficit. Now, India is a leading food exporter. That’s a great story to tell, and it’s because India adapted to technology and began using crop varieties that produced better yields.

Access to scientific advances such as agricultural biotechnology, including seed varieties that are insect-resistant or herbicide-tolerant can improve the productivity of important staple crops. For example, the average yields of U.S. biotech corn varieties in 2010 were 30 percent higher than average corn yields prior to 1996 – the year biotech varieties were first planted.

Future innovations such as drought tolerance will enable farmers to be productive despite the challenges associated with climate change. Nutritionally enhanced foods such as biotech cassava and Golden Rice will enable millions of children in developing countries to lead healthier lives.

You might hear about debates over food politics: Anti-technology activists arguing for changes to food labeling policies or organic proponents advertising that their products are safer or healthier. Personally, I don’t have anything against organic food – except the price – but the fact is, it’s not safer or healthier than conventionally raised foods or foods grown using modern agricultural biotechnology. The world’s leading scientific authorities have documented this fact for more than two decades.

Frankly, these types of political debates take away attention from REAL food production problems. Coordinated by the Food & Agriculture Organization of the United Nations, the aim of World Food Day (October 16, 2011) was to look seriously at what causes swings in food prices, and do what needs to be done to reduce their impact on the weakest members of global society.

Rising food prices and food insecurity is a growing challenge. In a report released this month, the UN Food and Agriculture Organization (FAO), International Fund for Agricultural Development (IFAD) and World Food Programme (WFP) warned that today’s high and volatile food prices are likely to continue and possibly even increase. All three organizations called on the international community to address this situation by working to improve farm productivity through better seeds.

It is critical we provide farmers around the world with the same scientific tools and knowledge available that American farmers have. And let’s keep the food debate focused on basic human needs. Consumers everywhere deserve a safe, reliable and affordable food supply. No child should go to sleep hungry. And in our quest to increase agricultural production, we must protect and conserve our natural resources. Biotechnology has already made huge strides towards those goals.

For more information on this issue, click here.
More on This Topic