February 16, 2012
A co-founder of Greenpeace speaks in favor of one of the things the organization has most vehemently opposed over the years. Dr. Patrick Moore was the keynote speaker at this week's Manitoba Special Crops Symposium in Winnipeg. 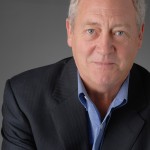 Moore served for nine years as President of Greenpeace Canada, and seven years as a Director of Greenpeace International. As the leader of many campaigns Dr. Moore was a driving force shaping policy and direction while Greenpeace became the world's largest environmental activist organization. You could say since that time his perspective on sustainability and environmental responsibility has changed somewhat.

He was asked about genetically modified crops, something he describes as one of the most important scientific advancements society has made. That's why he is particularly concerned about Greenpeace's success in blocking the introduction of Golden Rice, a GM crop.

“Other GM rice varieties are able to eliminate micronutrient deficiency in the rice eating countries, which afflicts hundreds of million people, and actually causes between a quarter and half a million children to go blind and die young each year because of vitamin A deficiency because there is no beta carotene in rice,” says Moore. “We can put beta carotene in rice through genetic modification, but Greenpeace has blocked this.”

Moore says this is a crime against humanity because they are preventing the curing of people who are dying by the hundreds of thousands a year due to vitamin A deficiency.

He says another example of the positives genetically modified crops provide is they've allowed agriculture to do things it couldn't do otherwise, for example growing soybeans that produce omega-3 fatty acids. He says this will be a boon for the aquaculture industry, vastly increasing its feedstock.

“One of the limitations on aquaculture is that fish and shellfish need omega-3 fats, and the best place to get them is from fishmeal, but fishmeal is a limited supply,” says Moore. “But if we can grow soybeans and other terrestrial crops that have the foods necessary for fish production, we can vastly increase aquaculture.”

Patrick Moore is the author of Confessions of a Greenpeace Dropout: The Making of a Sensible Environmentalist.
More on This Topic