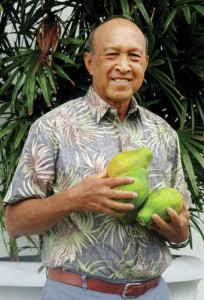 Hawaii’s farmers have endured their share of challenges in recent years:  Without regard for the opinions of local farmers, GMO activists have pushed for bans on the use of biotechnology; many farms suffered devastation from 2014’s Hurricane Isselle; Anti-biotech activists chopped down hundreds of Hawaii’s papaya trees that were genetically engineered to resist the ringspot virus; and now, Hawaii’s sugar plantations are disappearing.

Amid these hardships, Hawaii’s farmers remain proud about the role they play in bringing about a vibrant agriculture revolution.

The Hill ran a pair of opinion pieces this week with opposing viewpoints on the environmental impacts of agriculture in Hawaii.  Lorie Farrell, food & agriculture advocate living on Hawaii’s Big Island is dedicated to promoting and protecting Hawaii's farmers’ and ranchers’ right to farm.  In her article in The Hill, Farrell explains how why Hawaii’s farm communities remain optimistic for the future:


In sharp contrast to the opinion piece, “Paradise is being poisoned” (Jan. 5, 2016), I can personally attest to the care that Hawaii’s farmers have for our land.  As a resident of Hawaii, a concerned mom and an advocate of both environmental protection and agricultural technology, I can tell you that our state is proud of our successes in both these areas.

Since the advent of biotechnology and GMO crops, the increased use of insect-resistant crops has reduced the need for insecticides and the adoption of herbicide-tolerant crops has enabled farmers to switch to more benign products to control weeds.  An international study reviewed GM crop data collected between 1995 and 2014 and found that GMO crops have reduced chemical pesticide use by 37 percent, increased crop yields by 22 percent and increased farmer profits by 68 percent.

Another success story is how GMOs are responsible for preserving the livelihood of Hawaii’s papaya industry.

In the 1990s, Hawaiian papaya farmers were faced with devastation from ringspot virus, a plant virus that reduced papaya production by 50 percent within six years and kept spreading. But thanks to development of a transgenic disease-resistant papaya, the fruit is grown today on hundreds of Hawaiian farms with an estimated value of $18 million.

Unfortunately, as activists’ contempt for genetically modified food crops has grown, some of Hawaii’s papaya trees have suffered from eco-terrorism with vandals cutting down trees with machetes in the middle of the night.

Hawaii Farmers are a kind, humble, yet fiercely proud group. They enjoy talking alongside farm roads, or over morning coffee; they do not shout for the sake of being the loudest voice in the room nor do they prey on people's fears to confuse the community deliberately.

My grandfather was a farmer and I used to farm myself, so it’s personally insulting that anyone would allege that Hawaii’s agriculture sector is doing anything to harm the environment or that farmers would damage the land that they depend on for their livelihood.

Thanks to Hawaii’s climate, our islands are home to ground-breaking research in the area of agriculture innovation.  More than 200 bioscience operations in our state provide high-paying jobs to nearly 4,000 local workers.

These facilities are discovering ways to farm more efficiently while protecting our natural resources.  These discoveries are not only helping farmers here in Hawaii, but helping millions of farmers around the world.

For example, breakthroughs in drought-tolerant seeds have the potential to lift millions of developing country farmers out of poverty.  This same technology is providing for Golden Rice to help combat blindness in children; cassava, a staple nutrient in developing countries, can be fortified with micronutrients to fight malnutrition; and biotechnology is considered to be the leading potential solution to save the U.S. orange industry from citrus greening disease. Hawaii is proud to host much of the potentially life-saving research in these areas.

Before publishing one-sided opinions from someone who “visited” our state, ask the farmers and the people who live here about the work they do to make a better tomorrow for Hawaii and the world. 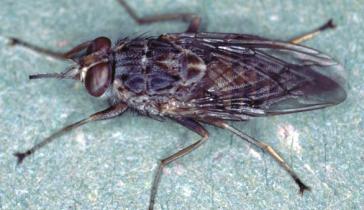