February 3, 2017
The scientific community has reached a consensus: It’s generally safe for genetically-modified organisms to be in our food. But most people aren’t buying it, states the Huffington Post. In its recent piece "We’re Asking The Wrong Questions About GMOs" the Huffington Post argues that the conversation around GMOs should go beyond whether or not they are safe to eat and look at whether or not they can help fix our failing food system.

The piece can be found in its entirety here:

The gap between the scientific world’s stance and the public’s beliefs is wider on GMOs than it is on more than a dozen other science-related topics, according to a 2015 report from the Pew Research Center.

Is there good reason for the public’s suspicion? Are there valid, unbiased reasons not to fall in line with the overwhelming majority of scientists’ view on the heavily studied matter? The answer, environmental writer McKay Jenkins argues, may not be as simple as you might think.

In Food Fight: GMOs and the Future of the American Diet, out this week, Jenkins considers all sides of the heated GMO debate and comes to some surprising conclusions.

Through meetings with anti-GMO environmentalists, the writer uncovers legitimate concerns regarding how some pesticides and herbicides ― those pushed by massive agribusiness firms and used with genetically modified seeds ― affect the environment and public health. Conversely, meetings with plant geneticists lent some credence to pro-GM groups’ arguments that such crops can also provide extraordinary economic, health and even culinary benefits to farmers, communities and eaters.

Jenkins, who approached the topic without bias for either argument, ultimately suggests that we typically miss the forest through the trees when we talk about GMOs. And he proposes a different approach that takes into account the myriad additional problems ― like hunger, malnutrition, climate change, environmental degradation ― facing America’s food supply.

The Huffington Post recently spoke with Jenkins about what we’re getting wrong when we argue about GMOs and food.

GMOs are such a divisive topic. What inspired you to wade into it?

My last book, called ContamiNation, is about the ubiquitous presence of synthetic chemicals in our consumer products, from plastic water bottles to cosmetics to paints to everything in our houses and daily lives. It’s a pretty deep exposure, most of which exists pretty far below our consciousness. We have a blind faith in these products, but you shouldn’t have as much confidence that these products are safe as you think they are.

The one thing I didn’t really write about in that book is food. There was an awful lot to say about food, but I didn’t do it in that book and decided to dive into that for this project. It was immediately clear that a lot of the same companies involved in making petrochemicals for consumer products were also the same ones making seeds, pesticides and herbicides for agriculture. A lot of these products are very intimate to us, but none of these companies’ names are on any of their labels. It intrigued me that this is an invisible force in our lives.

The GMO debate is, of course, not a new one. What points do you think have been overlooked that warranted a closer look?

The whole GMO issue is one of the most tribal issues I’ve ever written about. You find people with deep prejudices about whether or not you know what you’re talking about. One group thinks GMOs are the best possible way to feed the world and the other group feels it’s the worst thing to enter the food system ever. They scream and yell at each other and march, and tens of millions of dollars are spent on campaigns concerning labeling and all sorts of things.

I set out on this with my own prejudices on this, too, and I was forced to really re-evaluate them. I learned a great deal about the topic that I never really anticipated. Now when I go back to the people in these tribes, they ask, “Did you finally realize GMOs are great? Or that they’re evil?” I had to say that actually there’s a whole lot more to say than that and the issues are way more complicated than anybody on either side is willing to acknowledge. The book is not a polemic on either side, it’s an effort to weigh a whole lot of different things. And if that’s cognitively dissonant, than so be it. There may be many complex ways to look at a complex issue.

What was one of those prejudices you felt was particularly challenged thanks to your reporting on this?

There’s an awful lot of nonsense on the internet about GMOs, both pro and con, and we’re all exposed to quite a lot of it — especially when it comes to the health implications of eating them. But one of the first things most of the people who are professionally and scientifically involved with GMOs bring up is that they think this question of health is not the most important question we should be asking. There are many other questions that are more important to wrestle around with.

My views really opened up once I started talking to plant geneticists who I came to admire and respect and were pro-engineering for what they see as the potential benefits for humankind, as opposed to the benefits for corporate America. There are public researchers at universities and nonprofits doing really important work on this for all the right reasons, and I spent a lot of time with some of those people, and time with other people not using GMOs, like at the Land Institute in Kansas.

I spoke with world-renowned plant researchers who said that if it turns out some day that GMOs will be part of a grander idea of sustainable agriculture, then there is no reason not to use them. So the GMO question is hot but really, in a way, it’s a distraction from what’s more important: The global food system is so dramatically not sustainable today that we might consider using GMOs as part of a package of making the system itself more sustainable.

About one-third of the book focuses on GMO battles in Hawaii. What lessons do you think can be applied elsewhere from what’s happened there?

Instead of writing about this as a global thing, I wanted to find a place where all these complex issues are all cross-pollinating each other and reflecting the complexity of the whole thing. This has been happening in Hawaii in very acute ways over the past few years. The book mentions Kauai, Maui and the Big Island. GM papaya is being grown with great success on the Big Island, and there is a massive political protest on the use of pesticides on Kauai, and a big movement to ban GMOs on the three islands.

When the voters on Kauai were so frustrated by their efforts to try and ask these global chemical companies to tell them what they were spraying on their fields next to villages and schools and they’d never reveal anything, they had a regular old democratic referendum. Lo and behold, the voters won and they tried to force the companies to disclose. The companies fought that in court and, for the moment, they’ve won.

After the counties decided to ban GMOs, the companies, I think, really started to sweat this becoming a popular movement. It’a real marketing problem for the companies, so they poured millions of dollars into county referendums on GMOs, the democratic process won and then, again, the companies sued. So here we are again. It’s a very interesting question for our democracy: Why is it that a local community can’t dictate what sorts of things are grown near schools? Where does the ethical and legal and political weight come down?

The GMO debate arguably ties in with some of the food system’s biggest problems. So how do we even begin to address it?

GMOs did not create this problem and are not the most important part of this problem. The question of whether eating a GMO corn chip will cause you cancer is not the right question to ask. The bigger question is what is your relationship to food and the land? It’s much more existential but it’s an important question. We are eating in a way that is profoundly damaging to our land and water and health and now what to do about that is the big question.

That leads me to the way the book ends. I did a project with my own students, liberal arts students, to learn about how hard it is to grow food, but how important it is on every level to buy foods grown locally and preferably without chemicals, not shipped hundreds of miles, and grown with the health of the water and soil in mind. It isn’t going to change overnight, but if we have enough people contemplating what they eat, this could cause some sort of ripple.

Are you feeling optimistic about this? Are we heading toward that ripple?

I found to my surprise how little anybody knows about their own food, whether they’re highly educated people or not. Nobody has a deep understanding about how all these systems work. But it’s nobody’s fault that we popped into this world at this moment in history and all our food is grown on industrial, monoculture fields sprayed with pesticides and shipped 1,500 miles.

But this generation didn’t make this system happen. I would be optimistic if people thought longer and harder about their food and realized how they have come to act the way they do and then act in a more enlightened way. I feel like the first step has to be awareness. So few people are actually aware of what they’re eating. If they were — if people were aware what was going on in slaughterhouses — they wouldn’t eat industrial meat. If people knew how their food was made, most people would probably be less than pleased in terms of the nutrition and energy cost of creating and shipping the food. 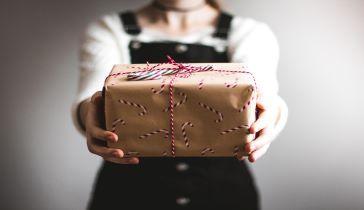