July 21, 2017
While the biotech industry has provided tremendous support in battling infectious diseases, there is still much to be done to protect us from the myriad threats -- both old and new. In a recent article, Kristen Jill Kresge from the International Aids Vaccine Initiative, interviewed Michael Osterholm, Ph.D., M.P.H., co-author of “Deadliest Enemy, Our War Against Killer Germs.” Dr. Osterholm is the founding director of the Center for Infectious Disease Research and Policy (CIDRAP) and Regents Professor at the University of Minnesota and wrote the book together with documentary filmmaker and author Mark Olshaker.

In the book, Dr. Osterholm and Olshaker discuss how the global community must brace for 21st century epidemics. They create a Crisis Agenda with nine points to combat the most important infectious diseases that threaten the world from A to Z, or as they put it, AIDS to Zika. 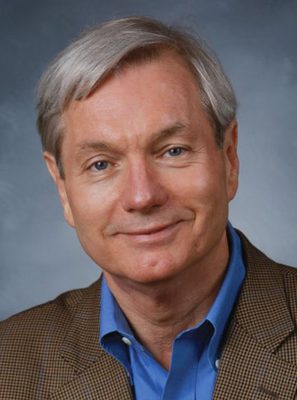 The author, Michael Osterholm, PhD MPH, founded CIDRAP at the University of Minnesota.[/caption]

Kresge shared her thoughts about the book:

The best way, the authors contend, to be ready to face these growing threats is to develop and deploy vaccines against the top pathogens.

The authors provide a detailed and terrifying description of the death and destruction of pandemic influenza. Some estimates suggest the death toll from the 1918 flu pandemic, often inaccurately referred to as the Spanish flu, was close to 100 million. “In sheer numbers of human beings killed, the 1918 flu was the deadliest pandemic killer of all time. More people died in a six-month period … than have died from AIDS in the roughly thirty-five years since that virus was identified in the human population,” they write.

Yet Dr. Osterholm and Olshaker estimate that globally US$35 million to $45 million is spent annually on the research and development of more effective and longer lasting flu vaccines, compared to an annual investment of $1 billion on HIV vaccine research. “Imagine what we could do if research on a game-changing flu vaccine was funded at a similar level to HIV and done in a coordinated and collaborative manner.”

Kresge asked Dr. Osterholm to share his thoughts on several factors that are slowing or stopping the development of a flu vaccine and why it isn’t a huge priority:

But just like antimicrobial resistance, a vaccine to prevent pandemic influenza is majorly underfunded because both of these are not a crisis that we can yet see or feel. I think that’s the mindset we have to get away from. It would be like trying to secure all of your military equipment and all your troops the week after the war is declared. It would never happen like that in the military, yet that’s what we do with infectious disease preparedness.

In the final chapter of the book, Dr. Osterholm talks about nine priorities and a “Battle Plan for Survival.” He also said there should be a “major overhaul of the World Health Organization (WHO)...” Kresge asked him why this was necessary.


The WHO is basically funded on pennies so they have no ability to fund large efforts like something on pandemic influenza. Imagine where we’d be today if the Bill & Melinda Gates Foundation and Wellcome Trust didn’t exist. We’d really be in trouble because the world governments haven’t stepped up either.

We’re not willing to pay now, so we always end up paying later and that’s a lot more expensive, and it’s unfortunately, a lot more deadly.

By working globally and continuing to develop public-private partnerships with all stakeholders, including the biotech industry, we can avert the seemingly inevitable “next pandemic.”

Read the full interview here.
More on This Topic