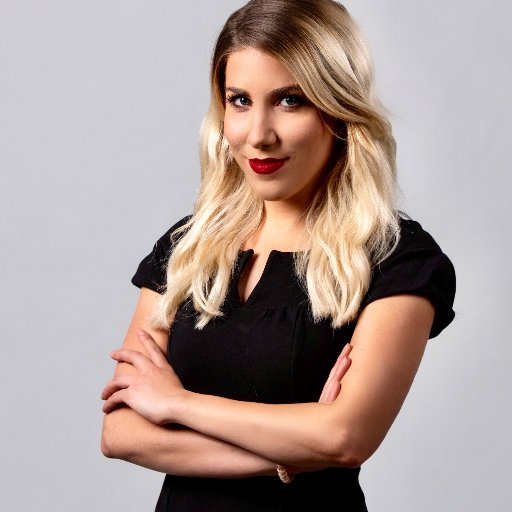 “I was remembering my first science project the other day. It was one of those lame projects where you mix oil with water and food coloring,” Dr. Michelle McMurry-Heath, President and CEO of the Biotechnology Innovation Organization (BIO), says with a laugh as she recalls her relationship with science while growing up.

“It was a disaster.”

From being the first Black person to graduate from Duke’s Medical Scientist Training Program with her MD/PhD, to being the first woman to hold her current position at BIO, McMurry-Heath has transformed a self-proclaimed “disastrous” beginning into a prestigious career as a leading voice for science.

Add in her policy experience on Capitol Hill as Connecticut Sen. Joe Lieberman’s top legislative aide, five years at the Food and Drug Administration (FDA), and time at Johnson & Johnson in various leadership roles, and McMurry-Heath’s resume is one to beat.

The common thread in McMurry-Heath’s work across academia, government and industry has been her focus on using her past experiences to make science more accessible to patients from diverse backgrounds, so everyone can benefit from cutting-edge innovation.

“I’ve had such a mix of experiences,” McMurry-Heath says. “Working at BIO is the one place where I use absolutely all of it every day.”

A medical doctor and molecular immunologist by training, McMurry-Heath began her journey as a child growing up in the bay area of California, during a time when “there was this sense that Californians could do anything,” she explains.

Though both of her parents worked in the public health sphere — her mother as a nurse and her father as a psychologist — McMurry-Heath said her focus during her early school days actually wasn’t on science.

“I was much more the person who did model UN, and debate and drama, and lots of different arts,” she recalls. “And a lot of student government.”

Initially intent on following in her father’s footsteps, McMurry-Heath started off her undergraduate career at Harvard with the intention of pursuing a degree in psychology. A stint volunteering at a lab at University of California, Berkeley one summer, however, changed “the entire direction” of her life.

Soon after, McMurry-Heath started studying immunology at Duke, where she made history as the first Black person to graduate from the school’s prestigious Medical Scientist Training Program.

“It didn't even occur to me I would be the first when I got there,” she says. “To me, firsts like that were something that happened in the civil rights era of the ‘60’s, not the ‘90’s. It was a good reminder that our nation is still evolving.”

The weight of the situation quickly became apparent after a faculty member informed her that they were happy to have her, because the “first African American left after having a psychotic break.” From that moment on, it was clear McMurry-Heath would face pressure beyond that of the average advanced studies student because of her position as a trailblazer for people of color.

“It really taught me that African American leaders are very visible in what they do, for better or for worse,” she says of the experience. “You have to have that cognizance that you’re impacting things not just for yourself and the immediate people around you, but also the people coming behind you.”

During her time in Durham, N.C., McMurry-Heath pushed herself to expand her studies beyond the lessons a scientific textbook could provide her. She volunteered part-time at a halfway house teaching adult literacy, and began taking policy and cultural anthropology classes and learning about the history of race in medicine. Those avenues allowed her to explore the real-life connections between science and societal problems.

“I feel an extreme amount of gratitude,” McMurry-Heath says of having the opportunity to use her vantage point as a scientific professional to influence conversations around social and cultural issues, including vaccine hesitancy among communities of color — a hurdle medical professionals face as they tackle the COVID-19 pandemic.

After 12 years of working at the research bench, McMurry-Heath headed to Capitol Hill to pursue a policy career. She came to former Democratic Sen. Joseph Lieberman’s office as a policy fellow and worked for him for five years on various projects, including drafting legislation to protect the U.S. from biological attacks as well as his vice-presidential run.

She later worked on the transition team for former President Barack Obama and then-Vice President Joe Biden, and was eventually tapped as associate science director of the

Later, she joined Johnson & Johnson as the Global Head of Evidence Generation for Medical Device Companies, then Vice President of Global External Innovation and Global Leader for Regulatory Sciences. She was instrumental in bringing J&J’s incubator, JLabs, to Washington, D.C., before coming to BIO.

McMurry-Heath notes that she doesn’t fit the mold of the kind of leader a large-scale biotech organization like BIO would typically pick at to fill her role.

“I’m not a former congressperson. I’m not a career staffer on the hill,” she explains. “I’m bringing a different lens to it.”

As a trained clinician, she’s able to identify which breakthroughs will be critically important for patients. As a mother, notably one who went through in vitro fertilization, she can echo how life-changing and life-giving scientific technological advancements truly can be.

“I just try to speak from my experience to make the points in a different way than they've been made in the past.”

Part of her upbringing that helped mold her into the leader she is today was her church. Her congregation acted as her extended family, teaching her the value of a supportive community.

“A lot of the church elders would send care packages when I was in school,” she recalls.

McMurry-Heath applies those values to how she and her husband Sebastian, a veterinarian, raise their daughter Isabella.

Whether it’s taking Isabella to soccer games, going on morning walks around the neighborhood with their pug Miranda or having get-togethers with their neighborhood COVID-19 social pod, McMurry-Heath works to give her daughter the same sense of community that she had growing up.

With the small amount of time she has for herself, McMurry-Heath likes to put on her favorite tracks from “The Supremes,” or practice yoga and meditate.

The self-described futurist says she often takes that time to ruminate on how she can better the world through her training.

“I love to connect with people,” McMurry-Heath says. “And I’m optimistic about how science can change the world.”