There’s a huge opportunity to improve agriculture with gene editing. But we need to give CRISPR a chance, writes Tamar Haspel in Vox.

The National Academies of Sciences, Engineering, and Medicine last week released a report on how to address the most pressing problems of American agriculture. The list of those problems is long and scary: climate change, food waste, water scarcity, food-borne illness, pests, and disease. 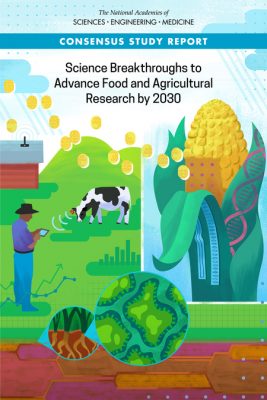 The report identifies five scientific tools to improve sustainability and resilience, and four of them are pretty uncontroversial: understanding soil microbes, deploying sensors, integrating systems, and managing data. The fifth is gene editing. If the past is a predictor, that one will raise hackles. Nothing in agriculture is as divisive as a modified genome.

But does the past have to be a predictor? Is it possible that new gene editing techniques like CRISPR – along with new applications, new players, and a new way of talking with the public – give science the chance to press the reset button on genetic modification?

We can argue about the impact of the genetically modified organisms, or GMOs, already in our system, modified to be toxic to insects, resistant to herbicides, or both. It’s been a mixed bag, with decreases in insecticide and our most toxic herbicides on the plus side, and an increase in herbicide-tolerant weeds on the minus side.

But the argument against GMOs has never been just about the GMOs themselves. It is about a corporate-dominated, industrialized food system that’s focused on animal feed, processed foods, and biofuels and insufficiently attentive to soil health, environmental degradation, and biodiversity. GMOs have been a convenient handhold on a big, slippery problem. Enter CRISPR, a powerful new gene editing tool that’s everything GMOs aren’t.

CRISPR may not win minds and hearts overnight, and we still have much to study and learn about it. But here’s hoping that transparency, community involvement, and applications in the public interest will bring gene editing skeptics to the table – disbelief at least temporarily suspended – to give it a chance.