February 8, 2018
Victor Tangermann writes for Futurism on myths and misconceptions about the food we chose to eat every day. Do foods labeled “organic” actually make us healthier? Are they free of pesticides? Should we be afraid of pesticides in the first place? What about GMOs?

Many studies have shown that just because a food is labeled “organic,” that doesn’t mean it was grown without pesticides (more on that later). In any case, scientists note that limiting the consumption of fruits and vegetables for fear of pesticide use could be much worse for consumers’ health than inadvertently consuming a little bit of pesticide. 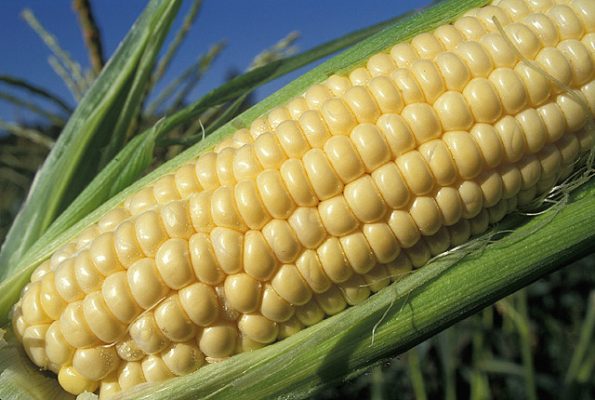 “My biggest concern is that a lot of these reports may [produce] a negative effect in that they may discourage people from consuming what are perfectly healthy, conventionally-produced [non-organic] fruits and vegetables,” Carl Winter, food toxicologist at the University of California, Davis and member of the Institute of Food Technologists, told Futurism. “While everybody wants to do what they hear is the right thing, they could be doing themselves more harm than good in the long term.”

Here are four common, pervasive myths about GMOs and organic foods. Understanding what the science says can help consumers ensure that they choose the food that will best keep them healthy:

Myth 1: Organic Food Is Safer Because It Doesn’t Touch Pesticides

Organic foods, by definition, can’t have had synthetic fertilizers or pesticides applied to them for three years before they are harvested. But just because a crop fits the definition of organic doesn’t mean it’s totally free of pesticides or fertilizer residue.

USDA organic certification allows for natural substances such as pheromones, vaccines for animals, and a limited number of natural pesticides as well. A 2005 market trends survey by Whole Foods found that more than 70 percent of consumers bought organic food to avoid pesticides.

Since the U.S. government began regulating organic products in 1990, proponents have claimed that eating organic food makes us healthier. That claim, as difficult as it is to nail down, is ultimately misleading.

After analyzing 240 studies about the nutritional value of organic food, the authors of a 2012 review study published in the Annals of Internal Medicine concluded that they “[lack] strong evidence that organic foods are significantly more nutritious than conventional foods.”

Myth 3: GMOs Are Dangerous to Eat

There is no trustworthy evidence that any GMO-derived food poses health risks to humans. If anything, genetic modifications make crops safer for agricultural workers (genetic tweaks make crops more resistant to damage from insects and viral infections, so plants need fewer pesticides) and even make them more nutritious, bringing a healthful variety to more people worldwide. According to the WHO, no foods available today based on genetically modified crops have been shown to have a negative effect on human health in the countries in which they have been approved.

Myth 4: GMOs Are Bad for the Environment

A 2016 study found that GMOs actually reduced the amount of pesticides needed to raise the same amount of maize compared to crops that didn’t use GM strains of maize engineered to resist pests. Another 2014 study found that genetically modified crops had a 22 percent greater yield than non-GM varieties. More food per square meter could mean that less land is needed worldwide for agriculture, leaving more habitats undisturbed or allocating more land for natural reserves or wildlife corridors. Plus, many GMO crops need less water than organic or non-GM varieties, which will help feed everyone in a warmer world.

Scientists are still not completely sure if GMOs are better for the environment than other types of crops. But they at least demand fewer resources than organic crops.

At the end of the day, “organic” food isn’t a bad option. And neither are GMOs. But consumers should make their food choices based on science, not hearsay. Many myths persist around the risks of GMOs and the benefits of organic foods. But one thing is clear: eating fruits and vegetables is the most important thing, no matter if they’re organic or GMO.