May 4, 2017
Millions of farmers around the world continue to choose genetically modified (GM) crop varieties because of their environmental and socio-economic benefits and the important role they play in addressing food security, according to a study released today. 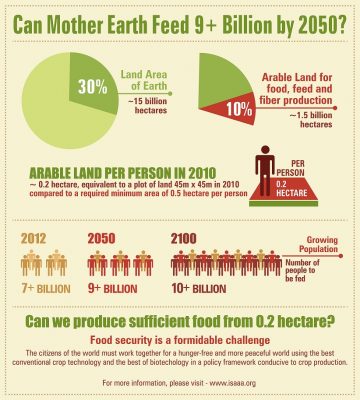 "The United Nations warns that our food supply must double by 2050 to meet the world’s expected population growth to 9 billion people,” said BIO President & CEO Jim Greenwood in a statement. “GM crops produce bigger yields on less land and help farmers and growers mitigate the environmental challenges of climate change.”

“Biotechnology also provides societal benefits to the 18 million farmers who plant GMO crops – especially to the 90 percent who farm in developing countries,” said Greenwood. “The report shows how biotechnology has helped alleviate hunger by increasing incomes for small farmers and their families, bringing improved financial stability to more than 65 million people.”

Quantifying the environmental benefits of biotechnology, the ISAAA report explains how the adoption of biotech crops has reduced CO2 emissions equal to removing approximately 12 million cars from the road annually; conserved biodiversity by removing 19.4 million hectares of land from agriculture production in 2015; and decreased the environmental impact with a 19 percent reduction in herbicide and insecticide use.

Among the report’s additional highlights: 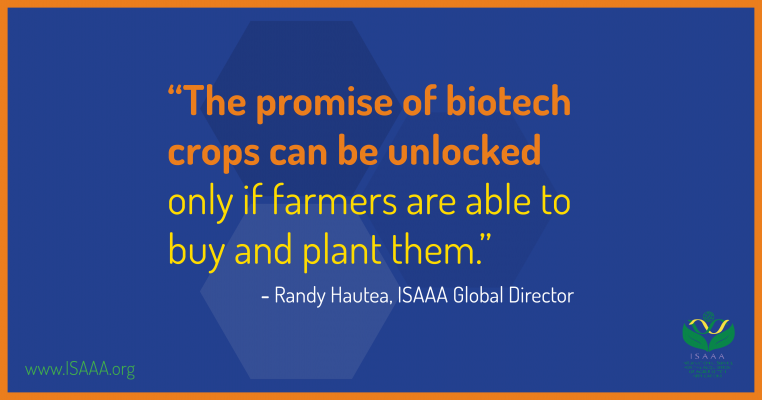 *The International Service for the Acquisition of Agri-Biotech Applications (ISAAA) report, Global Status of Commercialized Biotech/GM Crops: 2016 and accompanying materials are posted at www.isaaa.org.
More on This Topic