The State Official of the Year recognizes a public official from the Commonwealth of Pennsylvania who has distinguished him/herself as a leader in the bioscience industry. The honoree is selected by the Pennsylvania Bio Board Advocacy Committee from nominations provided by Pennsylvania Bio's State Policy Committee.

BIO congratulates Representative Warren Kampf and joins our friends at PA Bio thanking him for leadership and support of the life sciences industry. 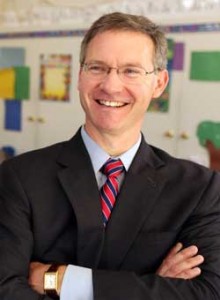