August 22, 2018
In February, as part of our 25th anniversary innovation series, we profiled the discovery and subsequent harnessing of Agrobacterium to modify crops, leading to great advances in agriculture and food production. Moreover, we highlighted scientist Mary-Dell Chilton - among other researchers - and the role she played in discovering the potential of the microbe.

Sonja Begemann with Ag Professional reports that Chilton is "putting away her lab goggles for the last time," retiring from her role at Syngenta, where she founded the company's biotechnology lab and conducted extensive research into plant genetics.

As Begemann notes, Chilton recently reflected on her career:


“My career in biotechnology has been an exciting journey, and I am amazed to see the progress we have made over the years,” Chilton said in a previous interview. “My hope is that through continued scientific discoveries, we will be able to provide a brighter and better future for the generations that follow us.” 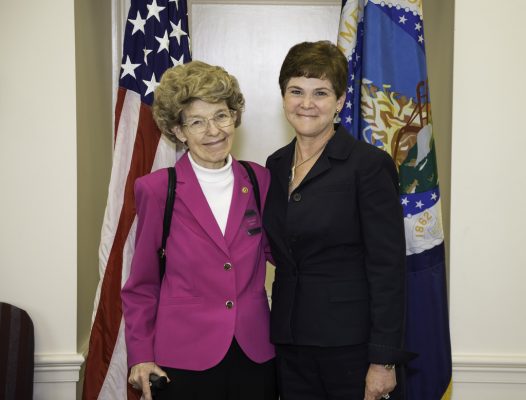 A pioneer not only for women in science but anyone working in plant biotechnology, Chilton has received high-praise over the years, including from some influential leaders in agriculture. As Begemann puts it, “Chilton’s influence in biotech and the direction it’s moving is well-documented and respected.”


“Dr. Chilton’s research has forever changed the way we conduct plant research and her groundbreaking accomplishments have shaped the way genetic plant research is conducted today,” says former Secretary of Agriculture Tom Vilsack, when Chilton was inducted into USDA’s Hall of Heroes.

Her “personal scientific discoveries stand out on their own, but also weave together with vast commercial and academic innovative research that allows the world to benefit from productive farming and even greater positive environmental conditions,” said Jay Croom, CEO of CropLife America, a national trade association representing manufacturers, formulators and distributors of pesticides, in a recent letter to Chilton. “Her work continues to influence progress in agriculture and humanity for generations to come.”

After years as a university researcher, Chilton joined Syngenta (what was at the time CIBA-Geigy Corporation) in 1983, founding the company's first biotechnology research lab. In 2013, Chilton, along with two other researchers, received the World Food Prize for her work in discovering the power of Agrobacterium. Additionally, Chilton is honored in USDA's Hall of Heroes and is an inductee in the National Inventors Hall of Fame.

Read the full piece on Chilton’s retirement here.
More on This Topic