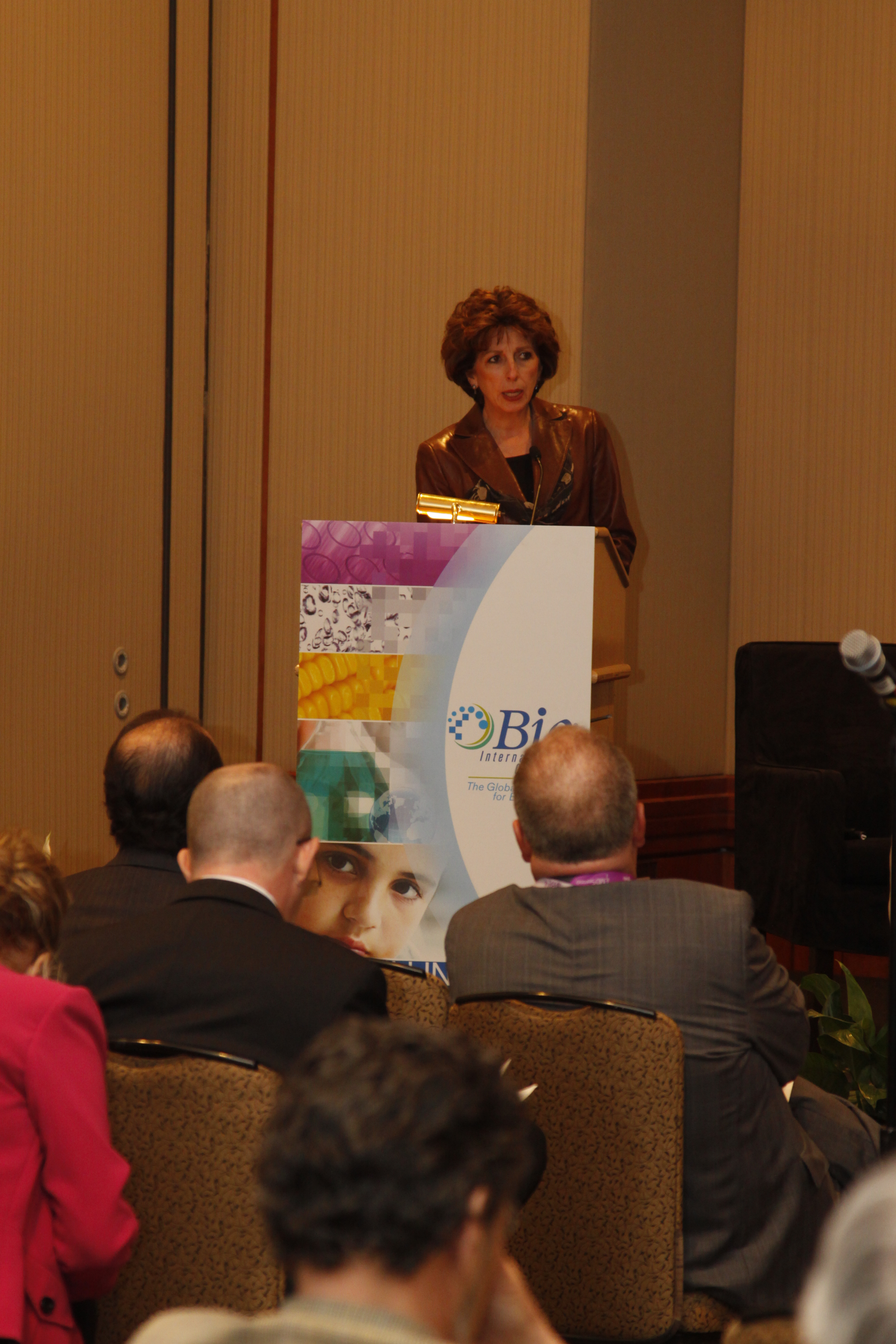 Today’s Technology Transfer Symposium’s panel on The Role of Universities, Biotechnology Companies and Technology Transfer in the Innovation Economy included an active debate on issues ranging from increasing the odds for a successful partnership and the pros and cons of the Bayh-Dole Act.

Andrew Cittadine, Co-founder & CEO of American BioOptics, Linda P.B. Katehi, Chancellor of the University of California (Davis), Steve Mento, President and CEO of Conatus Pharmaceuticals, Inc., and Tom Skalak, Vice President for Research, University of Virginia, all participated in the conversation, moderated by Robin A. Chadwick of Schwegman, Lundberg & Woessner.

Skalak noted during the panel that one of the keys to a successful partnership is “diverse eyeballs on the project,” which can help in making good decisions.  As an example, he pointed to a deal his university is involved in with AstraZeneca.  Cittadine underscored the importance of finding a good fit between the university and the biotech firm.

In discussing Bayh-Dole, all the panelists agreed that the Act has brought a lot of benefit to the industry, although there is room for improvement.  The Act “provides incentives to institutions to bring research to the marketplace,” explained Katehi.  Under Bayh-Dole, “ideas can emerge,” she added.  While she acknowledged that changes are needed, Katehi explained that if the Act is eliminated “there will be millions of good ideas, but no process for bringing them forward.”

Mento agreed, stating, “Bayh-Dole made the biotech industry possible.”  He noted that the system worked in the beginning, but it has now “evolved into a system where the focus is on short term return.”  It’s “impossible” to make the economics work, Mento said.

Cittadine added, the framework in Bayh-Dole is what enables new ideas to get funding.  Skalak, meanwhile, noted that without Bayh-Dole, discovery-oriented research would not happen.
More on This Topic