There is no silver bullet when it comes to solving for climate change, but there may be a standout focus in how we address it.

And it begins and ends with carbon.

With Friday being World Environment Day, we are looking at how policies that drive the capture and utilization of carbon will lead to sustainable products like bioplastics and fuels that can clean up our planet.

The concept is not new and takes many forms. More than 40 countries across the globe have implemented a form of carbon pricing.

Both have seen reductions in greenhouse gas emissions because of their carbon policies, with Britain now seeing its lowest emission levels since 1890.

Establishing a national carbon market in the U.S. will help clean up our air while creating more resilient supply chains for a post-pandemic world. And this week, the Senate introduced a bipartisan bill that would take a significant step in establishing such a market.

BIO supports the legislation and will continue to work with Congress so we can realize the benefits of carbon capture and utilization. It will have wide-spread benefits across sectors, including in agriculture, transportation fuels, and in the development of bioplastics. 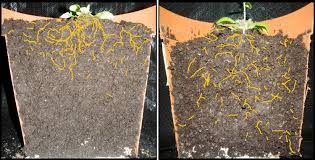 Carbon capture can present new revenue streams for farmers and allow them to be part of the climate solution.

Researchers at the Salk Institute have identified a gene that determines whether roots grow deep or shallow in the soil. There is promise that by using gene editing, researchers can develop crops with longer roots, allowing them to capture and store more carbon in the soil.

Under a program that incentivizes carbon utilization, farmers can then sell this stored carbon to a variety of sectors that are beginning to use the element in manufacturing.

Fuels and other Products Made from Carbon 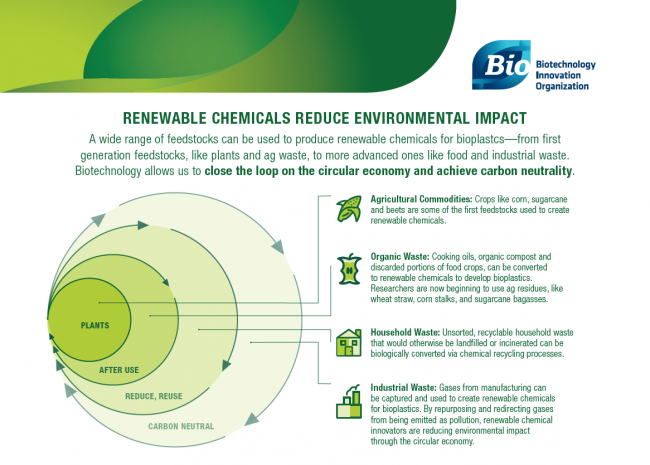 In 2018, Virgina Airlines partnered with LanzaTech to power the first flight using the biotech company's fuel made from waste carbon.

And biotech companies like Virent are also using carbon capture to develop plastic that can be composted.

Even renewable chemical companies are using carbon-rich gases to create the organic compound, esters, for use in cosmetics.

By utilizing carbon—which would normally be a pollutant—to make value-added products, the biotech sector is closing the loop on the circular economy.

And then there are fuels that are made from sustainable sources like crops and waste feedstocks that emit less carbon. These fuels are proven drivers in decarbonizing transportation—from road transport to aviation.

Since implementing its low carbon fuel standard in 2011, California has prevented 62 milliions tons of carbon pollution. That is equal to more than 13.4 million passenger vehicles taken off the road.

A national policy to promote low carbon fuels would only accelerate the development of new fuels that emit even less carbon... or none at all.

Listen to I AM BIO Podcast's An Alernative to Flying Dirty on Apple, Google and Spotify

But for any of these benefits to be realized, we need federal policies. We have seen states like California embrace 21st century policies and technologies with success.

Now more than ever, federal policy must catch up.

There is not one single industry that can solve climate change on its own, but policies that create a market for carbon provide an opportunity for all industries to be part of the solution.