July 26, 2012
Debate continues on whether or not the labeling of foods derived from biotechnology is needed or helpful.  In a report for the Los Angeles Times, reporter Marc Lifscher puts the issue in context.  As the fight over genetically engineered foods heads for the ballot box, government and academic experts still struggle to find reason in this debate: 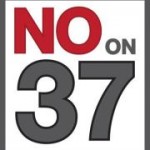 Proposition 37 promises to rattle the entire U.S. food chain. An estimated 70 to 80 percent of processed foods sold in supermarkets could be affected, industry experts said, along with a variety of fresh fruits and vegetables. The measure qualified for the California ballot with nearly 1 million signatures; labeling in the state could set a precedent that's followed nationwide.

Opponents say labeling would unfairly besmirch popular and reputable products, raise food prices and spur frivolous lawsuits while doing little to protect the public's health. Passage of the initiative could create a cumbersome patchwork of state food-labeling laws if other states follow California's lead, they contend.

“It really boils down to … guilt by association that makes genetic engineering something bad, a ‘Frankenfood,’” said Bob Goldberg, a UCLA plant molecular biologist and a member of the National Academy of Sciences.

What's clear is that the genetically modified foods have quickly and quietly become a fixture at the American dinner table. If you ate a bowl of cereal this morning, drank a Coke for lunch or prepared packaged macaroni and cheese or an ear of corn for dinner, then you probably ate something that has been genetically engineered. A majority of the foods on supermarket shelves that come in a box, bag or can probably would need to be labeled if Proposition 37 becomes law.

Most meat and dairy products, eggs, certified organic foods, alcoholic beverages and restaurant meals would be exempt. In addition, foods could not be labeled “natural” if any of their ingredients were genetically engineered.

The technique was pioneered more than two decades ago to boost productivity by making crops resistant to insects, plant diseases, pesticides and herbicides. The biggest successes have been with commodities that are staples in most processed foods. Genetically engineered crops account for about 90 percent of U.S. corn, soybean and sugar beet production.

And the trend is growing. Genetically modified fresh fruits and vegetables, including Hawaiian papayas, sweet corn, zucchini and yellow squash are now widely sold. Agribusinesses and their seed subsidiaries are pushing to develop melons that taste sweeter, onions that don't bring tears and tomatoes that stay juicy longer.

The U.S. Food and Drug Administration has decreed genetically engineered foods to be safe. Although the agency requires that most food products carry labels with detailed health and safety information including ingredients, calories, sodium levels and potential allergic reactions, the agency has ruled that labels need not reflect whether ingredients have been genetically engineered.

The FDA's labeling policy has remained essentially unchanged since 1992, when it said it “has no basis for concluding that bioengineered foods differ from other foods in any meaningful or uniform way.”

Labels are "very costly, are not going to be informative, and there's absolutely no basis in science for this," said Martina Newell-McGloughlin, director of life and health science research initiatives at UC Davis. The labeling campaign, she said, is sowing "fear and doubt." She said organic farmers and food processors could use the initiative as a marketing tool to boost market share for their products, which are typically more expensive.

*For more information on Proposition 37, visit noprop37.com.
More on This Topic