Shoppers Already Have a Choice Regarding Biotech Foods

February 27, 2012
Food Chemical News (an Agra Informa publication) ran a thorough editorial in its February 17 edition on the biotech food labeling debate. In this piece, Gregory Conko, a senior fellow at the Competitive Enterprise Institute, explains why it would be unnecessary to require special labeling for foods containing biotech ingredients: 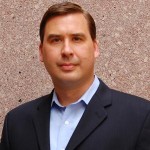 "Today, there are many thousands of affirmatively labeled, non-biotech foods available in stores as varied as Whole Foods Markets and Wal-Mart.

"From just 2000 to 2009, some 6,899 new food and beverage products were introduced in the United States with explicit non-biotech labeling. And groups ranging from Greenpeace to the Organic Consumers Association have created websites, print pocket guides and even smartphone apps that direct purchasers to 'biotech-' and 'GM-free' products.

"That market-driven approach is not enough for many biotechnology critics, who argue that a government mandate is needed to truly give consumers the choice they desire. Last year, a who’s who of organic food corporations and advocacy groups launched the 'Just Label It' campaign to agitate for mandatory biotech food labeling. Another group has proposed a labeling initiative set to appear on California ballots in November.

"Consumers certainly have a right to ask for information about the products they buy and to choose those that most closely meet their needs or desires. That’s how our vibrant consumer products market works. But decades of sound public policy – not to mention the U.S. Constitution – have reserved government labeling mandates for information that has a material impact on consumer health and safety.

"Why then are critics so adamant about labeling? And why does the organic food industry, which makes billions of dollars peddling affirmatively labeled non-biotech products, keep funneling money into these campaigns? The answer seems to be that forced labeling acts to stigmatize products made with biotechnology and producers who use it.

"Neither consumers nor governments have a right to force producers to disclose information about their products that is irrelevant to health, safety or some other important interest. Singling out one of the safest, and certainly the most heavily regulated, breeding method in order to stigmatize it simply does not qualify. It is also unnecessary, because competitive market pressures have already created a vibrant and expanding market for voluntary labeling options that gives consumers the choice many seem to want."