January 12, 2012
How did the Nasdaq Biotechnology Index (NBI) perform in 2011 relative to other sectors?

Second place. Not so bad considering 2011 was the year of defense in the stock market. Like a page out of a textbook on defensive market plays, utilities edged out ahead with a +15% gain, followed by consumer staples with 11%. The NBI squeezed in between at 12%, just above the overall healthcare sector. 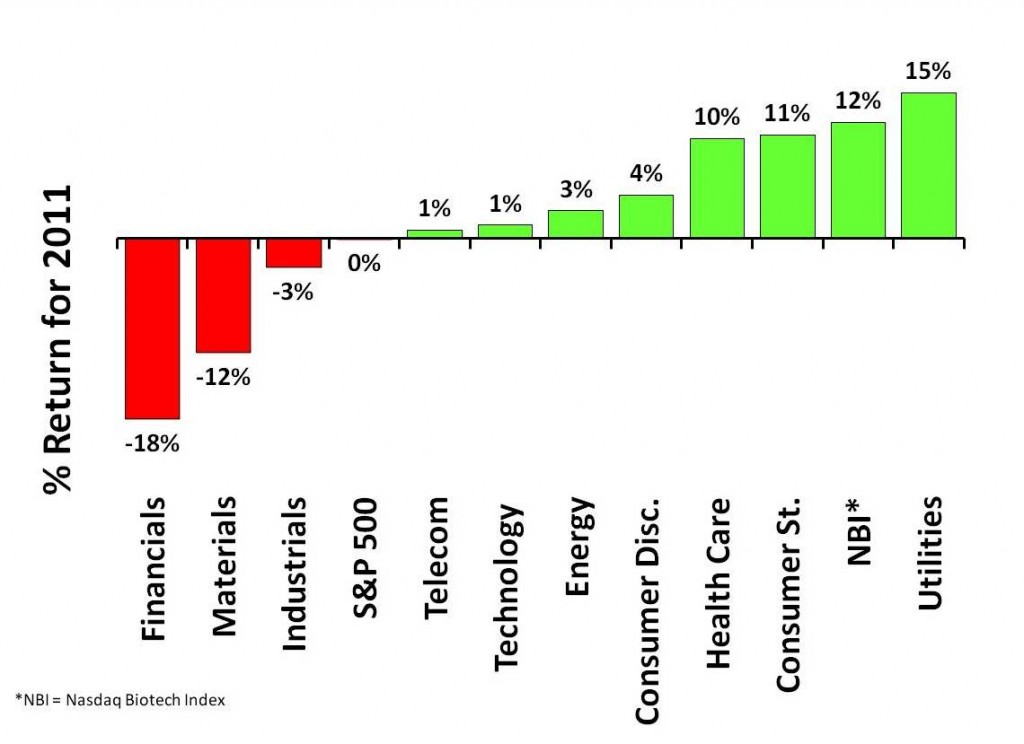 Overall, the S&P500 was flat for the year, so the NBI took home double digit alpha for 2011. However, it was not an easy ride for either as this next chart shows. That big drop in August (the AAA crash) meant a -22% drawdown for the NBI (in red below)  and -16% for the S&P500 (in black). The big pop in the spring was in part due to data coming out of Biogen Idec, Pharmasset, and Regeneron, and approval hopes for Vertex. The December pop was a Christmas gift from GILD. 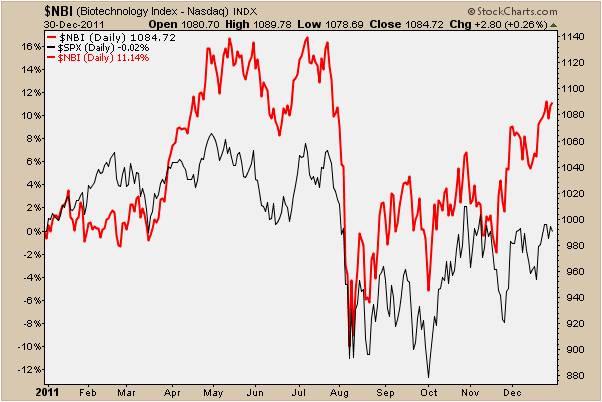 It is also useful to compare the NBI vs the Russell 2000 Small Cap index, given that most biotechs are small caps. The movement of Russell 2000 will give you a better idea of what your typical biotech may have experienced in 2011. (The NBI really shows you the movement of large and mid cap companies, which account for 78% of the market value of the index. It can be hard to imagine this given that 75% of the companies in the NBI are actually small caps. It is just that they comprise such a small weighting.) Below is a month by month breakdown of performance for the Russell 2000. Note the big swing the Russell 2000 took from September to October. The NBI held up (relatively speaking) and avoided ending up in the red for the year. The "R2" left 2011 down -6%. 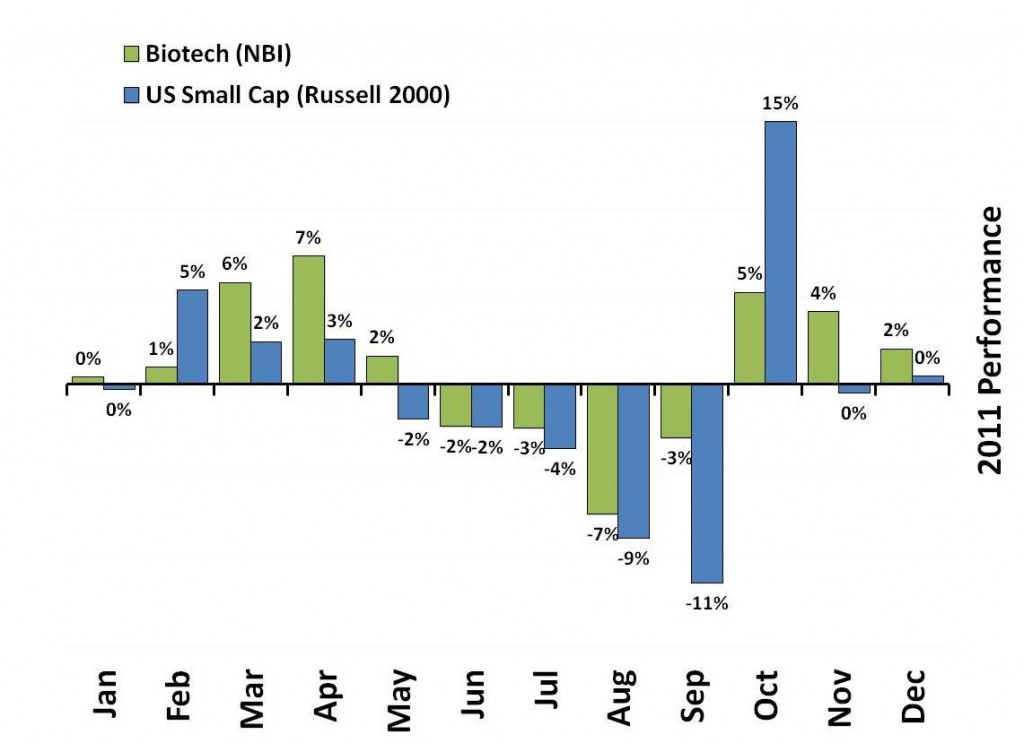