August 1, 2011
Shortly before the 2011 BIO International Convention, I had the opportunity to speak with South Dakota Governor Dennis Daugaard about his state’s growing biotech presence and his first visit to the world’s largest global event for the biotechnology industry.

Click the link below to listen to the podcast interview with ﻿Governor Daugaard.

On a similar note, J. Pat Costello of South Dakota Governor’s Office of Economic Development shares some updates and insights on what his state brings to the table when attracting and expanding life science companies:

And South Dakotans know the meaning of hard work – and teamwork Collaboration has helped many companies in South Dakota succeed.

Take pharmaCline of Sioux Falls for example. This startup company is up and running thanks to strong company leadership, along with collaboration among state officials, city officials, the South Dakota Biotechnology Association and the State Chamber.

pharmaCline, which was recently named the Giant Vision Entrepreneur winner for 2011, is in the business of saving lives, healing wounds and preventing the spread of diseases. By using pharmaCline’s innovative, site-specific, drug delivery system, old medications are made new and put back into the toolbox of doctors and pharmacists everywhere.

In fact, the technology is so effective; it can be used to kill the top 12 pathogens in the United States.

For pharmaCline’s founder and CEO, Steven Keough, locating and headquartering his small biotech startup in South Dakota was the right decision. 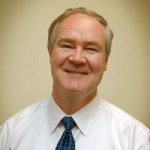 "South Dakota achieved rankings in my scale - in my needs, for my small company - that were at the top across the board," said Keough. "The overall business and tax environment were key to making a decision, he added."

Another key was the presence of a strong statewide BIO Association. A strong BIO Association is a very powerful lobby, noting that the South Dakota Biotechnology Association has a vibrant outreach and education program.

For pharmaCline, its decision to come to South Dakota is working. In just a few short months, pharmaCline has had noted success. The company’s first product rollout is scheduled for the third quarter of 2011, and it has eight of its nine planned products listed with the FDA. Additionally, pharmaCline plans on hiring 39-40 people – most of whom will come from the Sioux Falls region.

"After narrowing down the number of states that were even contenders for starting a pharmaceutical company, it was liability issues and other less-than-top-tier issues that became really important - an integrated chamber of commerce; a business climate statewide; a short legislative session; infrastructure support; high-quality internet; high-quality aircraft capabilities and air facilities; high-quality roads; high-quality people – these are all reasons that led us to South Dakota, and we are glad we are here," Keough concluded.