Unhealthy Fixation: The War Against GMOs

The war against genetically modified organisms is full of fearmongering, errors, and fraud. Labeling them will not make you safer, writes William Saletan in a comprehensive and well-researched article in Slate:

Is genetically engineered food dangerous? Many people seem to think it is. 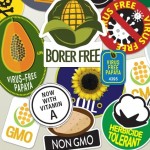 In the past five years, companies have submitted more than 27,000 products to the Non-GMO Project, which certifies goods that are free of genetically modified organisms. Last year, sales of such products nearly tripled. Whole Foods will soon require labels on all GMOs in its stores. Abbott, the company that makes Similac baby formula, has created a non-GMO version to give parents “peace of mind.” Trader Joe’s has sworn off GMOs. So has Chipotle.

Some environmentalists and public interest groups want to go further. Hundreds of organizations, including Consumers Union, Friends of the Earth, Physicians for Social Responsibility, the Center for Food Safety, and the Union of Concerned Scientists, are demanding “mandatory labeling of genetically engineered foods.” Since 2013, Vermont, Maine, and Connecticut have passed laws to require GMO labels.

The central premise of these laws—and the main source of consumer anxiety, which has sparked corporate interest in GMO-free food—is concern about health. Last year, in a survey by the Pew Research Center, 57 percent of Americans said it’s generally “unsafe to eat genetically modified foods.”

The World Health Organization, the American Medical Association, the National Academy of Sciences, and the American Association for the Advancement of Science have all declared that there’s no good evidence GMOs are unsafe. Hundreds of studies back up that conclusion. But many of us don’t trust these assurances. We’re drawn to skeptics who say that there’s more to the story, that some studies have found risks associated with GMOs, and that biotech companies are covering it up.

I’ve spent much of the past year digging into the evidence. Here’s what I’ve learned:

First, it’s true that the issue is complicated. But the deeper you dig, the more fraud you find in the case against GMOs. It’s full of errors, fallacies, misconceptions, misrepresentations, and lies. The people who tell you that Monsanto is hiding the truth are themselves hiding evidence that their own allegations about GMOs are false. They’re counting on you to feel overwhelmed by the science and to accept, as a gut presumption, their message of distrust.

Second, the central argument of the anti-GMO movement—that prudence and caution are reasons to avoid genetically engineered, or GE, food—is a sham. Activists who tell you to play it safe around GMOs take no such care in evaluating the alternatives. They denounce proteins in GE crops as toxic, even as they defend drugs, pesticides, and non-GMO crops that are loaded with the same proteins. They portray genetic engineering as chaotic and unpredictable, even when studies indicate that other crop improvement methods, including those favored by the same activists, are more disruptive to plant genomes.

Third, there are valid concerns about some aspects of GE agriculture, such as herbicides, monocultures, and patents. But none of these concerns is fundamentally about genetic engineering. Genetic engineering isn’t a thing. It’s a process that can be used in different ways to create different things. To think clearly about GMOs, you have to distinguish among the applications and focus on the substance of each case. If you’re concerned about pesticides and transparency, you need to know about the toxins to which your food has been exposed. A GMO label won’t tell you that. And it can lull you into buying a non-GMO product even when the GE alternative is safer.

The only way to end this fight is to educate ourselves and make it clear to everyone—European governments, trend-setting grocers, fad-hopping restaurant chains, research universities, and biotechnology investors—that we’re ready, as voters and consumers, to embrace nutritious, environmentally friendly food, no matter where it got its genes. We want our GMOs. Now, show us what you can do. 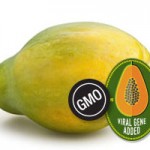 As a sidebar to Saletan's lengthy article, scroll down and you’ll find Slate’s GMO Shopping Game. Anti-GMO groups want to label all genetically engineered food. They say this will inform you about the risks of buying and eating such products. But do the labels really tell you which items are safer? To find out, take this shopping trip through our online grocery store. You have six decisions to make. For each decision, we offer you a GMO and a non-GMO option, along with a warning that explains why activists oppose the GMO product. Your task is to fill your cart with the safest choices. After you check out with your cart, we'll tell you how you did. Good luck!
More on This Topic