VC Fundraising Back to 2005 Levels

February 26, 2010
Is Venture Capital “holding up” for US biotech? Although there is a silver lining that venture capital fundraising for biotechnology outpaced other sectors in the US in 2009 and a number of new start-ups have been launched (see NVCA press release here), the multiyear trend is down. But by how much? I took a look at absolute numbers compiled by different sources to calculate where we are. The average is used because some sources include certain Specialty Pharma, Diagnostic, and Tools companies, while others do not. By looking at the average, we are not as dependent on the selection criteria. The numbers in the chart represent the average of US-only data from Ernst & Young, VentureSource, and National Venture Capital Association / PricewaterhouseCoopers.  (The error bars represent the high and low reported for a given year.) 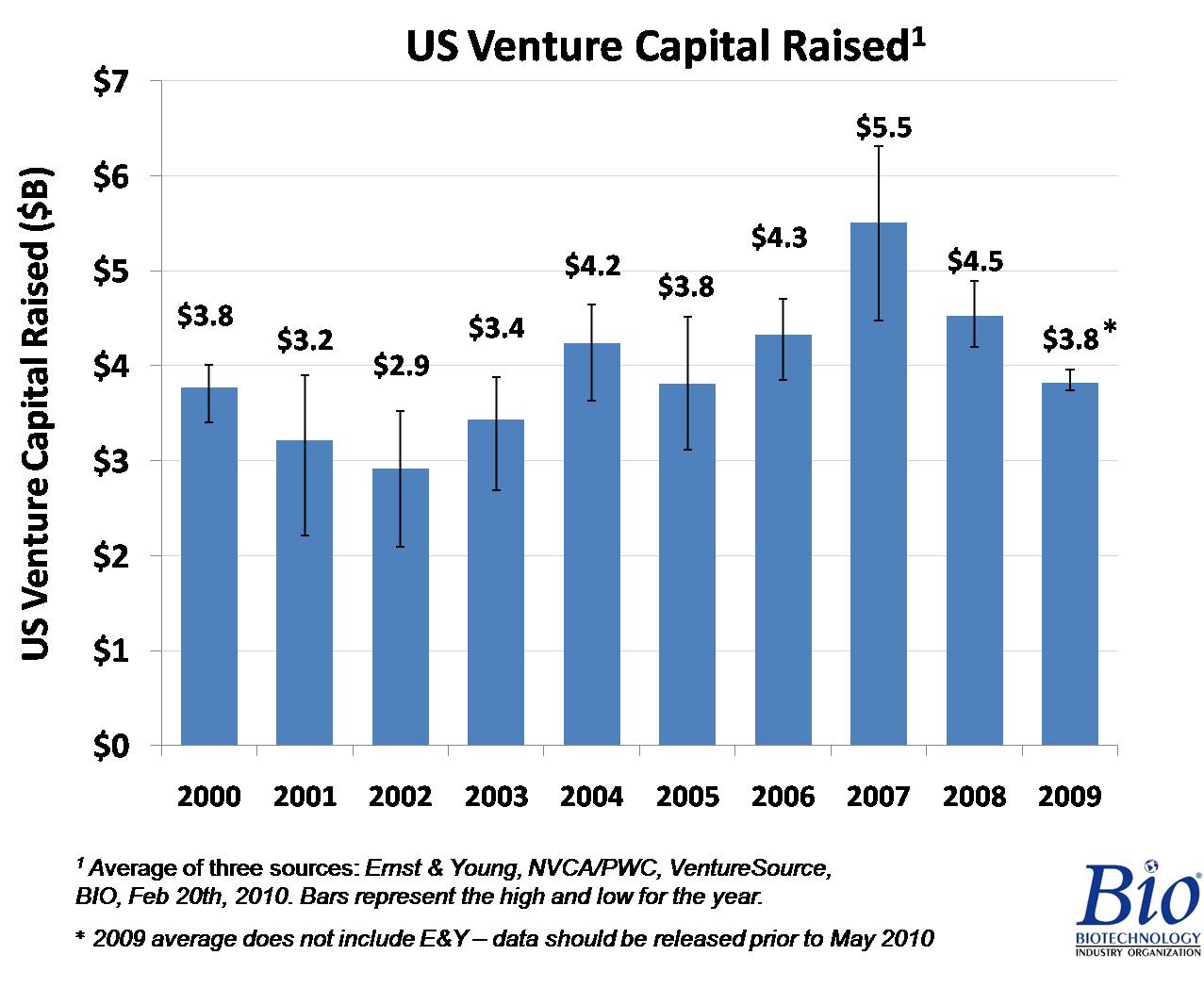 (The numbers reported by Biocentury and BioWorld that are most widely cited are for global biotech. However, the % drop is similar: Biocentury has a 25% drop from 2007 to 2009, and Bioworld reports a 31% drop. Both sources put the totals at levels of 2005 or before)
More on This Topic