The first commercial passenger flight to use 100% sustainable aviation fuel (SAF) took off yesterday—possibly the biggest leap forward for modern aviation since the Wright brothers first flew the Wright Flyer nearly 118 years ago to the day (December 17, 1903), and almost 92 years after the first jet engine was patented (January 1930). 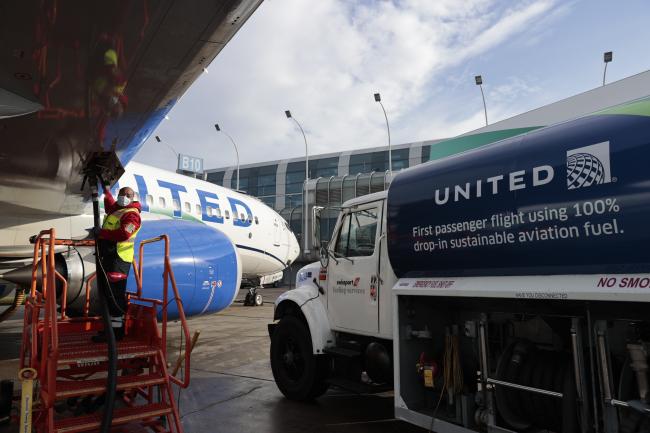 On December 1, 2021, the United Airlines 737 MAX 8 aircraft successfully flew 100 passengers from O’Hare International Airport in Chicago to Washington D.C.’s Reagan National Airport. One engine contained 500 gallons of 100% SAF, and the other had 500 gallons of conventional jet fuel “to further prove there are no operational differences between the two.” The SAF utilizes BIO member Virent’s BioForm® synthesized aromatic kerosene (SAK) made from plant-based feedstocks.

Since Virent’s SAK is made from plant-based feedstocks, the carbon impact on a lifecycle basis is less than that of petroleum-based fuels. Virent’s technology is feedstock flexible and effective with conventional sugars from a variety of crops including sugar beet and corn, as well as cellulosic biomass from sources such as wood and agricultural waste. The hydrocarbon molecules can then be added to existing infrastructure to produce fuels or chemicals. 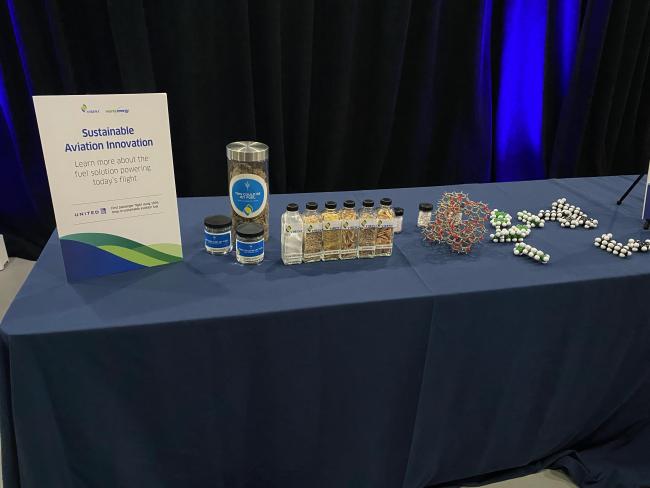 Thanks to Virent’s technological innovation, this could result in a major reduction in greenhouse gas emissions for the commercial aviation industry. Data gathered by Virent over the course of its engine testing also demonstrates that a SAK/HEFA blend is cleaner burning and has lower particulate matter emissions than conventional jet fuels.

What this means for the future of aviation

What this test flight has made clear is that 100% drop-in SAF could be used with no modification to the aircraft and engine or special tooling, and will be key in securing the approval of SAK by ASTM International, the industry body that approves the use of new jet fuels. 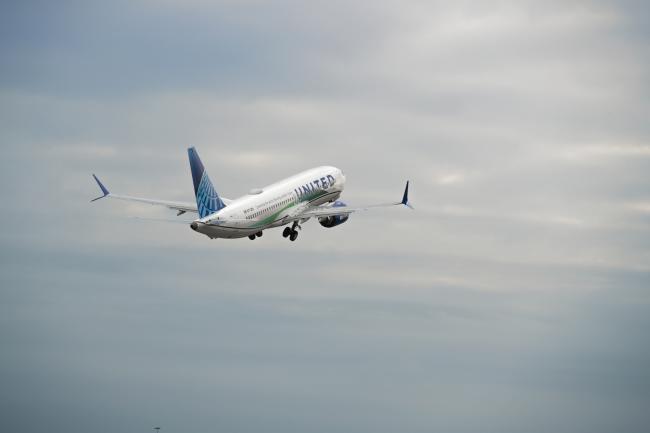 According to the Air Transport Action Group, 2 percent of all human-induced carbon dioxide (CO2) emissions come from the global aviation industry. In addition, 12 percent of transportation-related CO2 emissions are specifically attributable to the aviation sector. Moreover, the aviation industry is unable to rely on electrification which makes SAF all the more important in decarbonizing air travel The widespread adoption of 100% drop-in SAF, such as the fuel developed by Virent, could play a major role in substantially reducing these figures.

“SAF has the potential to deliver the performance of petroleum-based jet fuel but with a fraction of its carbon footprint, and according to the U.S. Department of Energy, the country's vast feedstock resources are enough to meet the projected fuel demand of the entire U.S. aviation industry,” said the announcement of the historic flight.

"While there is no sole solution to climate change, the use of sustainable aviation fuel for commercial flights—such as United Airline’s use of Virent's BioForm® synthesized aromatic kerosene (SAK) made from plant-based feedstocks—is an important step forward,” said BIO Communications Director Connor McKoy.

“Imagine a world where instead of harming the environment, a flight home for the holidays would actually reduce greenhouse gas emissions and create jobs across the aviation, farming and manufacturing sectors. That’s the beauty of biotechnology. It allows us to enhance existing conveniences like air travel to be environmentally friendly and grow the green economy,” McKoy added.

Beyond the aviation sector, increased use of SAF will benefit several economic sectors and create jobs. U.S. farmers can earn more during off seasons by growing biomass crops for SAF production. Jobs that could be created with the widespread adoption of SAF in the commercial aviation sector include construction jobs for building biorefineries, manufacturing jobs for operating those biorefineries and related infrastructure, and farming jobs from feedstock production according to the U.S. Department of Energy.

“We're excited to partner with this group of innovative companies that are leading the way in sustainable aviation,” said Dave Kettner, President and General Counsel of Virent. “Virent's proprietary technology demonstrates that SAF can be 100% renewable and 100% compatible with our current aviation fleet and infrastructure.”

This historic flight was operated by United Airlines in partnership with Virent, Boeing, CFM International, and World Energy. United has committed to purchase more than 7 million gallons of SAF, which will eliminate 66,000 metric tons of GHG emissions and fly 460 million miles.

Learn more about the sustainable fuels being developed by the biotech industry.