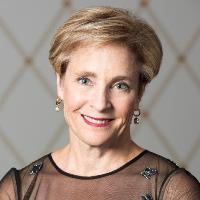 EXECUTIVE DIRECTOR, NATIONAL CONSUMERS LEAGUE
Washington, District of Columbia, United States
Sally Greenberg joined the National Consumers League as Executive Director on October 1, 2007. The League’s focus is on five key priority areas: fraud, child labor, LifeSmarts, health care, especially the safe use of medications and medication adherence, and food safety and nutrition. Sally has testified numerous times before Congress on consumer protection issues, including on product safety, fraud, excessive fees on car rentals, consumer rip-offs in calling cards and in support of protections for farmworker children. Sally is our primary spokesperson on a variety of issues.
Sally came to NCL from Consumers Union, where she worked from 1997-2007 on product liability and food safety issues, along with auto and product safety. Previously, Sally worked at the U.S. Department of Justice Foreign Claims Settlement Commission and prior to that, she spent a decade serving as the Eastern States Civil Rights Counsel for the Anti-Defamation League, based in Boston.
Sally was president of the Women’s Bar Association of Massachusetts and the Women’s Bar Foundation, and served on several gubernatorial commissions in Massachusetts. Sally served for many years on the board of directors of the Alliance for Justice, and HALT, an organization whose mission is the protection of the rights of consumers in their interactions with lawyers and the legal system. Sally is a member of the Reagan-Udall Foundation Board, a nonprofit established by Congress to support the mission of the FDA and help equip the agency with the highest caliber regulatory science and technology. She also serves on the board of the Keystone Center, which helps leaders in health, energy, environment and education battle contentious issues with a consensus-based approach. Sally also served for over a decade on the board of directors of Trillium Asset Management, the oldest and largest investment management firm dedicated to socially responsible investing.
Speaking In
2:00 PM - 2:45 PM (EDT)
Monday, September 21
Consumer Expectations for Biotechnology in Food
Innovation like gene editing has the potential to transform the kinds of products available to…
Interactive Online Session
Education Session
Explore BIO
Policy
Events
Industry Insights
About
Join Now
For Members
Member Directory
BIO Policy Committees
Cost-Savings Program
BIO Events
BIO Digital
BIO CEO & Investor Conference
BIO Investor Forum Digital
BIO IMPACT Digital
BIO Online Learning
BIO DOUBLE HELIX SPONSORS