“Congress is rightfully highlighting how current EPA policy is undercutting family farms and biofuel producers when the agency grants improper RFS waivers,” said Greenwood. “At a time of unpredictability for rural America and the biofuel industry, it is critical that the Trump administration upholds its commitment to our nation’s farmers and stands by its promise to bolster American energy security. Granting unjustified exemptions from renewable fuel requirements increases market uncertainty and deters the development of new, sustainable biofuels—innovations that can help address our country’s energy needs while reducing greenhouse gas emissions as well. We thank the members of Congress who signed this letter, and BIO will continue to engage with Administrator Wheeler in an effort to reverse the unprecedented rate of waivers.”

We request you immediately end the practice of granting Small Refinery Exemptions (SRE) under the Renewable Fuel Standard (RFS) for large or unqualified refiners. Recently, the Environmental Protect Agency (EPA) updated its public SRE list, bringing the total number of approved SRE requests to 54 since President Trump took office without a single denial. This unprecedented rate of granting waivers is a betrayal of our rural communities, detrimental to our energy security, and threatens our entire agricultural sector at a time of declining incomes and rising debts for our producers. EPA must halt this process and reallocate waived gallons as the law intends.

The RFS requires renewable fuel to be blended into petroleum-based fuel in increasing amounts each year from its introduction up to 36 billion gallons of blended fuel by 2022, with blending targets for following years to be set by EPA. Continually granting unjustified SREs and failing to reallocate the waived gallons effectively lowers annual blending targets, contrary to the letter and intent of the law. These waivers increase market uncertainty for biofuel producers and farmers – and ultimately every American consumer. At a time when our rural communities are already hurting, these SREs have caused a loss of 2.6 billion gallons of renewable fuel blending and almost a billion bushels of corn demand.

Granting exemptions to the RFS increases American dependence on foreign oil. By continually waiving the requirements of the RFS for small refineries, the EPA fosters uncertainty about the program creating uncertainty for those interested in investing and developing America’s biofuel industry. Further it disincentivizes refineries from taking the steps necessary to begin to meet the standards set by the RFS and make domestic biofuels available to consumers.

The right decision is clear. We request the EPA stop granting improper SRE requests immediately and distribute the gallons waived in previous years. 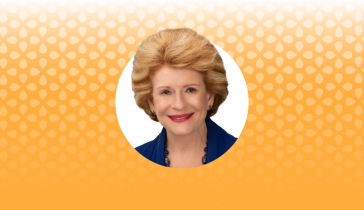