Biotech breakthroughs—such as biofuels that reduce carbon emissions, biodegradable plastics made from plants, or gene-edited plants that reduce agriculture’s impact on the environment—were center stage in Des Moines at an annual event hosted by the Biotechnology Innovation Organization (BIO).

With the 2019 BIO World Congress being hosted in America’s heartland, attendance at this year’s event grew by 15 percent from 2018. Close to a thousand C-suite executives, government officials and leaders from across the globe descended on Iowa. The event was the highest attended BIO World Congress held in the United States in half a decade.

“Hosting the 2019 BIO World Congress in America’s cultivation corridor was truly transformative in advancing the industrial biotech and agtech sectors,” said BIO’s President of Membership and Business Operations Joanne Duncan. “As a top producer of corn, soybeans and biomass, Iowa is the perfect location to convene those working to transform today’s ideas into tomorrow’s breakthroughs. The BIO World Congress once again proved to be the premier event to collaborate with biotech entrepreneurs, start-ups and innovators.”

The event kicked off with remarks by Iowa Governor Kim Reynolds, who welcomed the attendees of the world’s largest event on industrial biotechnology and agtech and noted that Iowa is an epicenter of biotechnology growth and innovation.

The international presence at the event was driven by delegations from countries across the globe, including Australia, Belgium, Brazil, Canada, France, Germany, Japan, Netherlands, Russia and United Kingdom. Additionally, leaders from across the Midwest represented 35 percent of total attendance at the event.

Attendees took advantage of the event’s location and embarked on the first-ever bio-economy tours offered at the BIO World Congress. One-third of those at the event attended the tours, which included Iowa State University, Bayer, Corteva, Renewable Energy Group and Cargill.

This year’s event included new programming in agtech, including sessions on gene editing and the future of food and agriculture. The BIO World Congress also hosted the first-ever Start-Up Stadium at the event, where more than 30 emerging companies engaged in the Shark Tank-style forum to showcase breakthroughs in biotech and solicit potential investors to bring these technologies from the lab or field to market.

BIO’s One-on-One PartneringTM continued to be a key forum for advancing the industry with 1,905 partnering meetings taking place over the four days.

Photos of the 2019 BIO World Congress on Industrial Biotechnology and Agtech are available on the official BIO Flickr account. Videos from the BIO Buzz Center are available on BIO’s YouTube channel.

The 2020 BIO World Congress on Industrial Biotechnology and Agtech will be held be Raleigh, North Carolina, September 20-23, 2020. 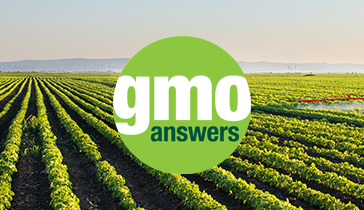 Food Security and a Global Pandemic: What You Need to Know
April 3, 2020
At GMO Answers, we’ve always been committed to responding to consumers' questions about GMOs and how our food is grown. Our goal is to make information about agriculture and how your food is grown easier to access and…

2020 BIO International Convention is Now Virtual
April 3, 2020
We are living in unprecedented times, as cases of coronavirus (COVID-19) rapidly increase while the world struggles to contain the pandemic. The biotechnology industry has stepped up to help combat this public health…